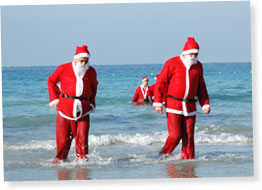 It’s been a busy year for the Blog Herald. I took over as the new editor, and relaunched the site with a new design in August. I have focused on getting into a rhythm myself, and there has been some shifting in the staff. All natural stuff.

I’m happy with how the Blog Herald have been the last couple of months. We’ve got great WordPress coverage through Lorelle’s WordPress Wednesdays, and the addition of Billy’s Movable Type Mondays complements this. We might add further features like these in the future (do tell me if you’re missing something!), but for now I’m pretty happy with it. END_OF_DOCUMENT_TOKEN_TO_BE_REPLACED

Or is it just because she’s a woman? END_OF_DOCUMENT_TOKEN_TO_BE_REPLACED