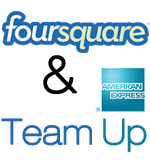 Location based service Foursquare announced on Thursday that they are teaming up with credit card company American Express to offer their base of more than 10 million users special discounts in an easy to access format.

To use the program Foursquare users with an American Express account simply sync their accounts together and then receive “check-in” discounts without the need to print or clip a coupon. 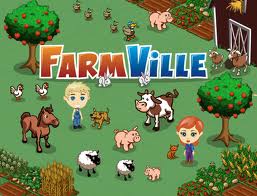 The customers points can be used for game cards and virtual currency, while Zynga will also offer exclusive virtual goods to AMEX points customers for their products, including the very popular FarmVille social game.

The move is a smart one for Amex, allowing them to push their rewards points out for cheap to acquire virtual goods, while tapping into a customer base of 56 million social gamers in America alone.

While it’s still unseen how many AMEX customers will flock to the virtual goods, the market in 2009 reported more than $2.2 billion in virtual sales, with most of those sales coming from micro-payment company’s such as PayPal and through the use of major credit cards. END_OF_DOCUMENT_TOKEN_TO_BE_REPLACED