British pop star Lily Allen may be planning to quit most of her online activities, including her MySpace blog, Twitter, and email, according to the New Musical Express (NME) magazine.

She may even have given away her laptop and BlackBerry after new boyfriend Sam Cooper expressed his anger about her “social networking obsession”, offering her an ultimatum — him or t’Internet. END_OF_DOCUMENT_TOKEN_TO_BE_REPLACED 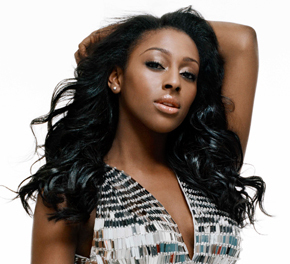 It’s a bit rich for one-time-dog-outfit-wearing pop mogul Simon Cowell to give advice on portraying yourself to the media, but then again he is the manager of last year’s X Factor winner Alexandra Burke so he has the right to.

It seems that the 21-year-old singer is “addicted” to Twitter (according to a recent interview on UK national radio) and has let slip a few things that perhaps shouldn’t have been made public — things like (gasp) the new album isn’t finished yet.

Burke’s retort is that Simon doesn’t “really get it” (Twitter, that is) — rather like Hugh Laurie. END_OF_DOCUMENT_TOKEN_TO_BE_REPLACED

While many celebrities have flocked to Twitter, spurring the service to set up verified accounts, one musician who won’t be tweeting in the foreseeable future is Kid Rock.

The singer-songwriting rapper told Rolling Stone magazine that Twitter is “gay” and that “if one more person asks me if I have a Twitter, I’m going to tell them, ’Twitter this s**t, motherf**ker’. I don’t have anything to say, and what I have to say is not that relevant. Anything that is relevant, I’m going to bottle it up and then squeeze it onto a record somewhere”. END_OF_DOCUMENT_TOKEN_TO_BE_REPLACED

Duncan Riley has announced the addition of Paul Montgomery as the in-house sports writer on The Inquisitr. Montgomery is a journalist by trade, and with the addition the site now features a dedicated sports category.

As for traffic, Riley reports that pageviews are down in June, 2.7 million to 2.55. He calls it a comfortable level.

BlogAds.com CEO Henry Copeland participated on a panel at the OMMA Publishing, and had some Perez Hilton gossip to share. We’ll skip the “new friendlier site” launch rumors and skip to the part where Copeland says that Hilton has six-figure deals to tweet about products and/or services.

Under the agreements, Hilton this summer will post Tweets about the products or services involved for a week on his Twitter feed, which Copeland said has more than 1 million followers. “Perez is a great springboard for anyone who needs a springboard onto Twitter,” said Copeland, who claims that a link by the notorious blogger can send 10,000 to 20,000 new visitors to a site in an eye blink.

This will be linked to ad campaigns on PerezHilton.com, probably sold as a package. Media buyers love that. MediaPost has the full story.