It seems that the rest of the world is waking up to the fact that stolen content is big business. Within the past two years, there are a variety of services you can use to track where your online content has gone, report and stop it. A new project is underway called the Fair Syndication Consortium that might put a dollar amount on that stolen content, paying you for others abusing your content. END_OF_DOCUMENT_TOKEN_TO_BE_REPLACED

A blog post linking to one of my blog posts has been scraped dozens of times. Recently, it was scraped by eight different sites in the same day. The eight trackbacked sites turned out to have a single owner/webmaster using their auto-blogging scraper across multiple splog sites. I’ve let the blogger know – after the second time it happened – and now that it’s happened multiple times, it’s time to change strategies.

It’s now time to work together.

Have you received multiple trackbacks over time from an blog post with a link to yours and the investigation finds that it isn’t the original site but a scraper? What do you do? END_OF_DOCUMENT_TOKEN_TO_BE_REPLACED

Scraping is one of the most annoying things that bloggers have to deal with. It can hurt their search engine ranking, cause confusion among readers and cause them to unwittingly help spammers line their pockets.

Nobody likes being scraped but it seems that some sites are able to survive it relatively unscathed while others are bumped clean out of the search engines, almost instantly replaced by the spammers that take their content.

So how do you ensure that the damage caused by scrapers are kept to an absolute minimum? There is no secret formula, but there are a few tricks that seem to work very well.

END_OF_DOCUMENT_TOKEN_TO_BE_REPLACED 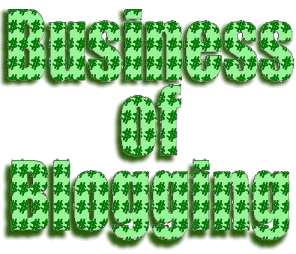 Blogging is about writing. That is a fact. You can video blog, podcast, and do all kinds of fun things with your blog, but it is the writing that makes or breaks a blog. What you say in the blog posts, descriptions of visual and audio elements, and what words you offer search engines for their indexing to help people find your blog.

However, blogging is not just about the writing, albeit it is a large part. Blogging today is about so much more. Are you ready? Do you know all the things you have to know about blogging before you start blogging? Or after?

Whether you are a new blogger or long time blogger, these are the things you are going to have to learn about in order to blog in today’s world.
END_OF_DOCUMENT_TOKEN_TO_BE_REPLACED

When people first discover that their content is being scraped, they often overreact. When they do, their first action is usually to alter their feed to change it from “full” to “partial”, thus turning off the flow of content to the spammers.

However, in doing so they also turn off access to their site’s content to their legitimate subscribers and, generally, wind up doing more harm than good to their site. Worse still, though they do limit the impact some scrapers have, they don’t stop the problem itself and fail to mitigate against a whole slew of others that are repurposing their content.

In short, truncated feeds are not just a great way to turn off readers to your site, but an largely ineffective way to solve the issue of content scraping and spam blogging.