The average social media user may not face any issues with regard to crime. Trolling, sure. That’s what the Internet is for, right? Crime directly related to social media is not that common, though. Or is it? In recent times, however, studies have shown that there is a correlation between crime and social media. As early as 2012, the BBC reported that alleged crimes related to Twitter and Facebook have increased eight-fold in four years!

To be fair, the findings of various studies are not always negative. But when it does go wrong, it can get shocking. END_OF_DOCUMENT_TOKEN_TO_BE_REPLACED 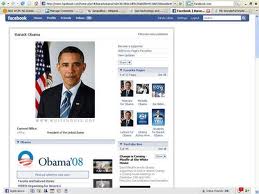 With new cases of bullying grabbing national headlines in what appears to be a weekly news ritual, President Obama has decided to take a moment to send a message that it’s not okay to bully and he has chosen to use Facebook to deliver that message alongside first lady Michelle Obama.

In an exclusive Facebook video, President Obama has released a special promotional video that talks about the White House Conference on Bullying Prevention which is scheduled to take place on Thursday.

The President at times tries to keep the conversation light but on point, telling viewers he won’t bug them for a friends request but that while “This isn’t an issue that makes headlines every day, but it affects every single young person in our country.”

President Obama also talks about how bullying has increased in reach with cyber-bullying entering every aspect of life from school, to home, to phone to internet.

The partnership between Facebook and the White House makes sense as both organizations have tried their best to combat the growing issue of cyber-bullying, including a “safety page” and “safety center” being setup on the world’s largest social network, while the White House offers “StopBullying.gov.” END_OF_DOCUMENT_TOKEN_TO_BE_REPLACED

Keeley Houghton, 18, has been sentenced to 3 months in a young offenders institution after pleading guilty to harassment. Keeley had bullied Emily Moore for 4 years already when she wrote the death threats on her own profile.

Keeley was also given a restraining order banning her from contacting Emily in any way, already had 2 previous convictions for bullying Emily Moore. In 2005 she assaulted the victim on the way home and was subsequently expelled from school. Two years later, in 2007, she was convicted after she kicked the door at Emily’s parents home in.

According to the Daily Mail Keeley is thought to be the first person in the UK sentenced for cyber-bullying.