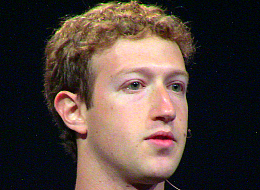 Tonight on ABC’s World News with Diane Sawyer, Facebook CEO Mark Zuckerberg opens up about the most recent happenings surrounding Facebook, specifically the companies future (IPO), the new Facebook Movie (The Social Network) and a recent lawsuit which claims he gave up his share of the company years ago.

Zuckerberg first talks about The Social Network basically downplaying the movies sensationalism of his life surrounding the founding of Facebook:

“I just think people have a lot of fiction…. The real story of Facebook is just that we’ve worked so hard for all this time,” Zuckerberg said in his interview with Sawyer. “I mean, the real story is actually probably pretty boring, right? …We just sat at our computers for six years and coded.” END_OF_DOCUMENT_TOKEN_TO_BE_REPLACED