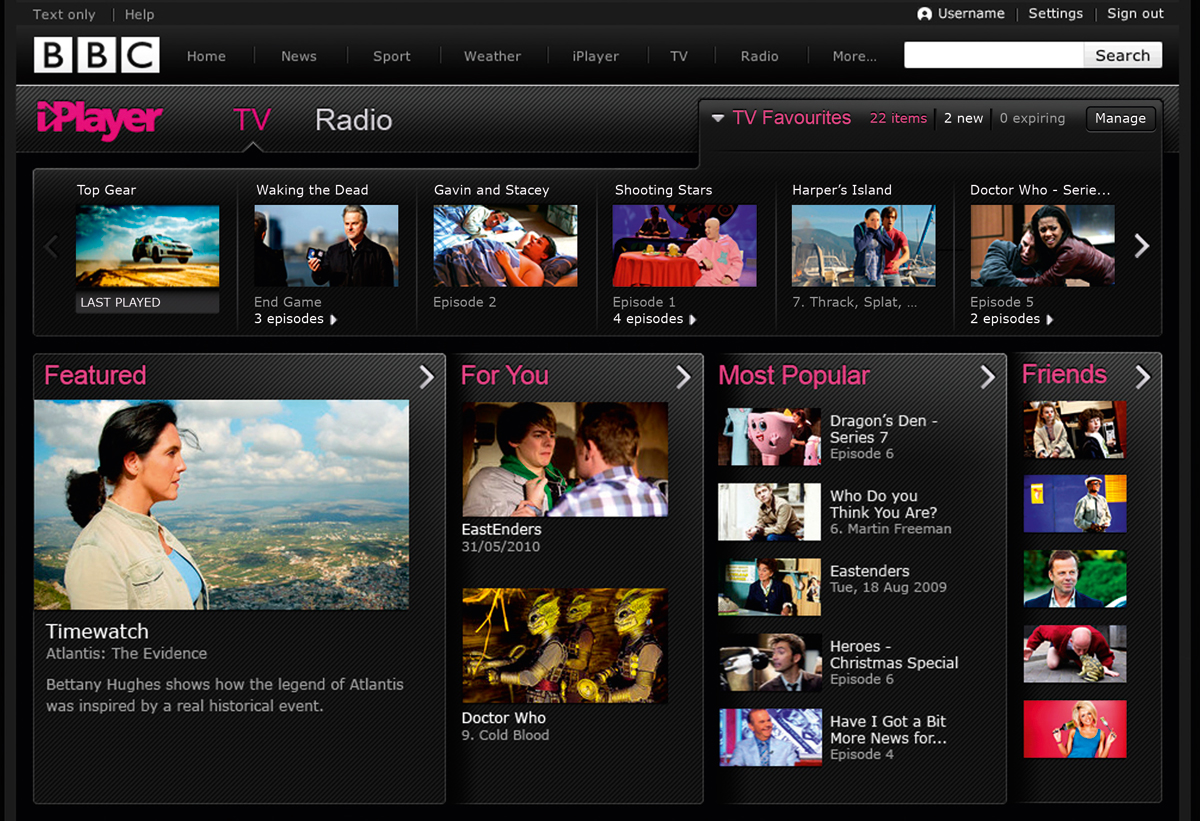 The much-discussed new version of the BBC’s iPlayer, which allows users to watch television shows and listen to radio programs up to a week after they’ve been broadcast, has finally been released. It’s been expected after a number of development blogs that this new version, iPlayer 3, would place greater emphasis on social interaction, and expectations have been met.

Primarily, the new iPlayer offers fairly seamless integration of Facebook and Twitter to allow users to share what they’re enjoying. This follows a growing trend towards user recommendations as tastemakers. (Apple’s Ping recently joined this fray, but Netflix dropped out of the competition.) END_OF_DOCUMENT_TOKEN_TO_BE_REPLACED