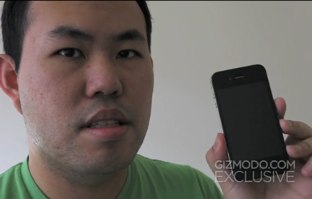 After receiving a “lost” iPhone 4G prototype and publishing details about it to the world, it looks as if the Silicon Valley police (of California) have raided the home of Jason Chen of Gizmodo fame, confiscating computers, servers and a few phones.

Last Friday night, California’s Rapid Enforcement Allied Computer Team entered editor Jason Chen’s home without him present, seizing four computers and two servers. They did so using a warrant by Judge of Superior Court of San Mateo. According to Gaby Darbyshire, COO of Gawker Media LLC, the search warrant to remove these computers was invalid under section 1524(g) of the California Penal Code (via Gizmodo)

Before the blogosphere (and twittersphere) freak out about whether the police have violated any rights (after all, bloggers are considered journalists–right?), the police probably seized the computers in order to find out who sold Gizmodo the iPhone 4G as apart of their investigation (so let us all calm down on how evil the boys in blue are–at least in the US).

iPhone 4G leakage aside, the raid does bring up a good question of whether bloggers are considered journalists in the US, and if so, whether they are protected by California law. END_OF_DOCUMENT_TOKEN_TO_BE_REPLACED