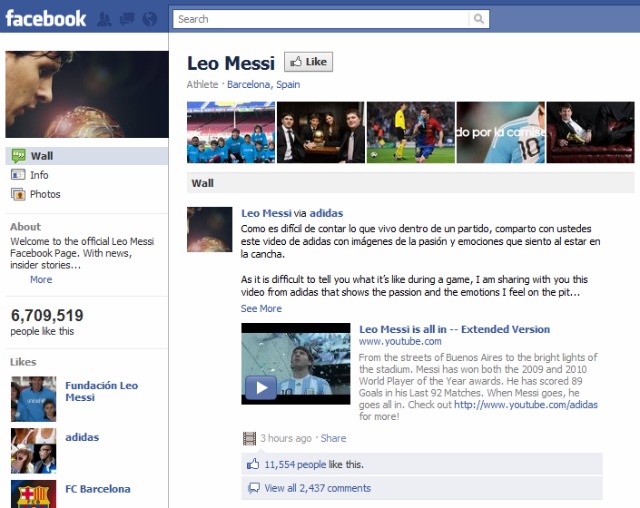 Unconvinced that Football (non-American) is the biggest sport in the world? Then take a look at Leo Messi and what he’s managed to do on Facebook, amassing 7 million followers…in just seven hours!

The FC Barcelona player is arguably the best player in the world and opened his page with a simple message which translates into English as:

“Hola! Welcome to everyone. Thank you very much for the great number of messages that I have received. I am so excited! From now on we will be more closely connected … through Facebook.” END_OF_DOCUMENT_TOKEN_TO_BE_REPLACED