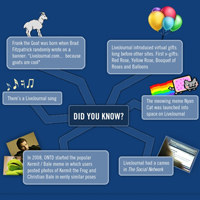 While most of our attention towards blogging these days is focused on the likes of WordPress, Tumbler and even Posterous Spaces, the original community-based social network LiveJournal continues to chug along, drawing in millions of pageviews while promoting community and creativity.

LiveJournal has now created an infographic (shown below) that showcases how far the site has come since being founded in 1999.

Not only has the community become a large platform for individual users it has also created various one-stop shops for news aggregation such as AramaTheyDidn’t and celebrity blog ONTD.

Not content at watching disaster happen while doing nothing, it looks like the LiveJournal community has decided to help those in need in Australia who have been struggling to survive in the wake of the natural disaster affecting the region.

In response to your requests, we’re pleased to offer a charitable vgift to aid flood relief efforts in Australia. We hope you’ll show your support by sending this vgift to friends. One hundred percent of proceeds will be donated to the Australian Red Cross (we’ll cover the processing fees). We thank you for helping us make a difference. (LiveJournal News)

END_OF_DOCUMENT_TOKEN_TO_BE_REPLACED 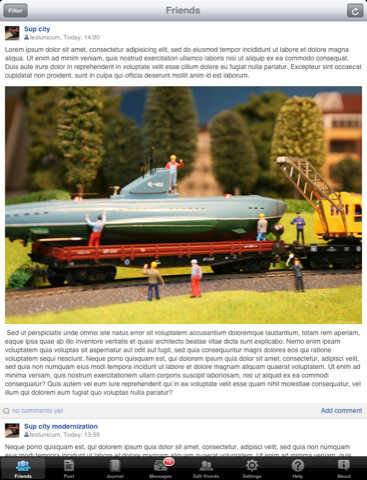 After reigning supreme as the only blog platform with an official iPad app, it looks like WordPress is finally being challenged upon Steve Jobs “magical” device.

LiveJournal has announced that it has relaunched their iPhone app as a universal app, which means LJ fans can finally blog on their iPads without having to super size the iOS application.

Here are some of the key enhancements:

Despite their late entrance upon both the iPhone and iPad, LiveJournal has done a phenomenal job in designing their iOS app to be not only extremely user friendly, but also to allow users to easily create lengthly content while on the go.

The only disadvantage the LiveJournal app has when compared against its WordPress rival is the the former lacks video uploading (a feature WordPress embraced in September).

While it’s good to see LiveJournal finally embracing the iPad, there is no word on whether they will embrace other platforms (like Android and Blackberry), which they will need to do if they want to challenge WordPress’s mobile domination in the future. 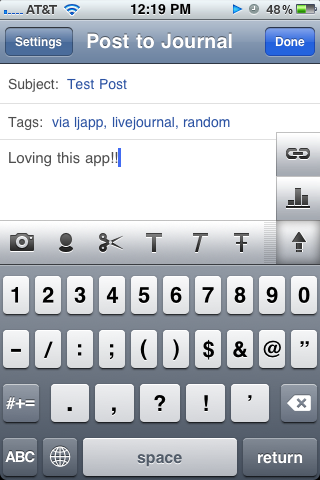 After remaining in a dormant state for almost a year in a half, the LiveJournal team has resurrected the iPhone app previously created by CosySoftware and have adopted it as their own.

We’re pleased to announce that the new LiveJournal iPhone app is available for free in the Apple store! Be sure to download the application labeled “LiveJournal Inc.” (Official LiveJournal News)

As far as creating content goes, the LiveJournal app is the most advanced mobile blogging app in the app store, one that rivals (if not exceeds) WordPress and Squarespace, as well as a host of third party apps. END_OF_DOCUMENT_TOKEN_TO_BE_REPLACED

It looks like “Tumblr envy” is spreading throughout the blogosphere as LiveJournal has joined WordPress (not to mention Typepad as well) in copying a feature that has set apart Tumblr from the rest of its rivals.

You can add a repost button that allows other users to share all or part of your entries on LiveJournal. Please note that you must disable auto-formatting to insert a repost button. This button is only intended for public entries (i.e., if your entry is marked friends-only and you add the repost button, the entry can be reposted publicly by others, although the original post will remain friends-only).  (Official LiveJournal Blog) END_OF_DOCUMENT_TOKEN_TO_BE_REPLACED