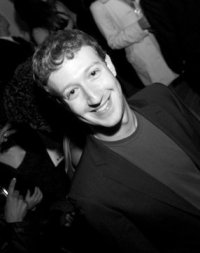 For the last 24 hours I have been receiving numerous emails from an account claiming to be Mark Zuckerburg, the founder of Facebook. While I would love the chance to sit down with the Facebook CEO, there is only one problem, the account is registered to Marc Zucckerburg (notice the spelling). The account not only features the face of the company’s founder, but claims that he wants to give me a free Apple iPhone, oh happy day!

Realizing immediately that Mark Zuckerberg was spelled incorrectly I reached out to Facebook using their basic spam forms, foolishly thinking they would realize the name and delete the account immediately, then I received a second message and a third via Facebook Messaging from Zucckerburg (all in a 24 hour period) so I decided to click on his “Cause” page included in the email (just for fun since I have a well guarded Macbook Pro) at which point I was immediately taken to (don’t click this link): http://www.facebook.com/pages/Face-Book-Giveaway/172228279494824 and then redirected seconds late to (again don’t click this link): http://prizebook.w2c.ru/facebook/award/index.php (notice its, a scam site that asks me to sign up and pay for various programs to receive my “free prize.”

After 24 hours the account remained in place so I then decided to abuse the Facebook system and click on “Report” followed by “Credible Threat Of Violence” and again on “Report” and “Sexually Explicit” I know those are not the proper uses of the system, but Facebook was ignoring an obvious bit of spam that I had already reported through proper channels. END_OF_DOCUMENT_TOKEN_TO_BE_REPLACED 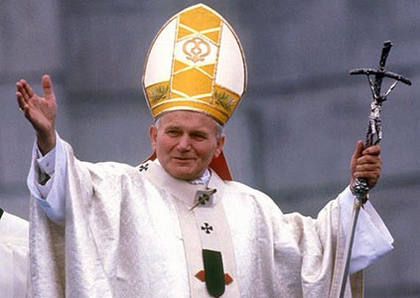 How popular is Facebook? The Vatican this week has taken the social networking website beyond the grave, setting up a Posthumous account for Pope John Paul II.

The deceased pope is set to be beatified on May 1 and the Vatican in anticipation of that event has posted various video highlights, photos and other information from the pontiffs 27 years as the top official for the Catholic church.

It’s the first time the Vatican has tried to evangelize a member of the church using social media.

A Vatican official told the AP:

“What we found is that Facebook doesn’t just share information, it creates community,” while adding, “People begin talking to each other and sharing ideas.” END_OF_DOCUMENT_TOKEN_TO_BE_REPLACED 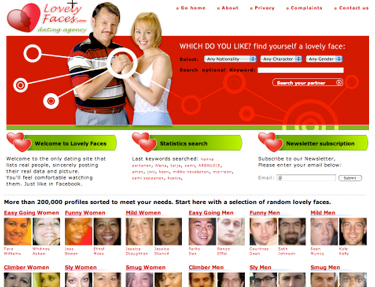 Mark Zuckerberg, the founder of Facebook experienced karma first-hand as Lovely Faces, a dating website, featured 250,000 profiles of men and women whose photos were scraped without permission from the social network.

Lovely Faces founders Paolo Cirio and Alessandro Ludovico used an automated software that scraped the photos and profiles of Facebook users over a period of time. In a site that explains their purpose for Lovely Faces, the duo was very clear about their plan: steal 1 million Facebook profiles, filter them with face-recognition software, and post them on a custom-made dating website sorted by their facial expressions characteristics. Here’s a more detailed explanation on how they did it. They also have a video to go with it. END_OF_DOCUMENT_TOKEN_TO_BE_REPLACED 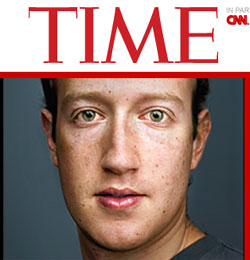 Facebook Founder and CEO Mark Zuckerberg has been named Time Magazines person of the year.

In 2010 Facebook watched as their user base climbed to 500 million users, while The Social Network has been one of the most critically lauded films of the year and Zuckerberg became the youngest self-made billionaire in the world.

Throw in $100 million donated to the New Jersey education system and a pledge to give away most of his fortune and it’s easy to see why Time would choose an internet mogul as their person of the year.

“For connecting more than half a billion people and mapping the social relations among them; for creating a new system of exchanging information; and for changing how we all live our lives, Mark Elliot Zuckerberg is Time’s 2010 Person of the Year.”

On Time.com many users are angered by the choice, calling Wikileaks founder Julian Assange the person of the year, interestingly enough, many of those comments talk about Zuckerberg’s life as if it was an exact replica of The Social Network, a little naive in my opinion, but to each their own.

END_OF_DOCUMENT_TOKEN_TO_BE_REPLACED 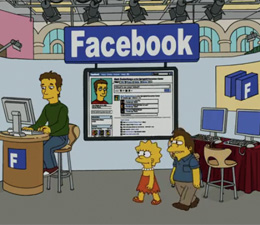 You know you’ve put your finger on the pulse of America when Matt Groening and his staff puts you in an episode of The Simpsons and that’s exactly what happened this past Sunday to Facebook CEO Mark Zuckerberg.

The appearance occurs at an entrepreneur conference that Lisa takes Nelson to show him the importance of going to college. At the expo Lisa learns that the top people in attendance all dropped out including Richard Branson, Bill Gates and of course Mark Zuckerberg.

The best part? Zuckerberg almost always only talks to people by updating his Facebook page, always starting with the saying “Mark Zuckerberg is…”

With The Social Network reaching movie screens on October 1st, I doubt the Facebook CEO’s appearance was an accident and it was actually really funny. END_OF_DOCUMENT_TOKEN_TO_BE_REPLACED