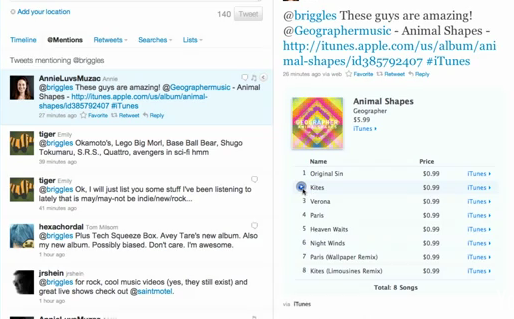 Twitter is moving quite fast this week, On Thursday morning we reported that Ping Integration was coming to the social network and later than afternoon they were already showing off the new feature which brings iTunes song previews to Twitter.com.

The new video demonstration of the integration shows how Twitter can now be used as a forum for music discovery.

Unfortunately the video demo is more of an ad than an actual product demonstration of the Ping, Twitter relationship. Although the sleek design and what appears to be an easy to navigate interface shows that Twitter is taking the partnership serious. END_OF_DOCUMENT_TOKEN_TO_BE_REPLACED 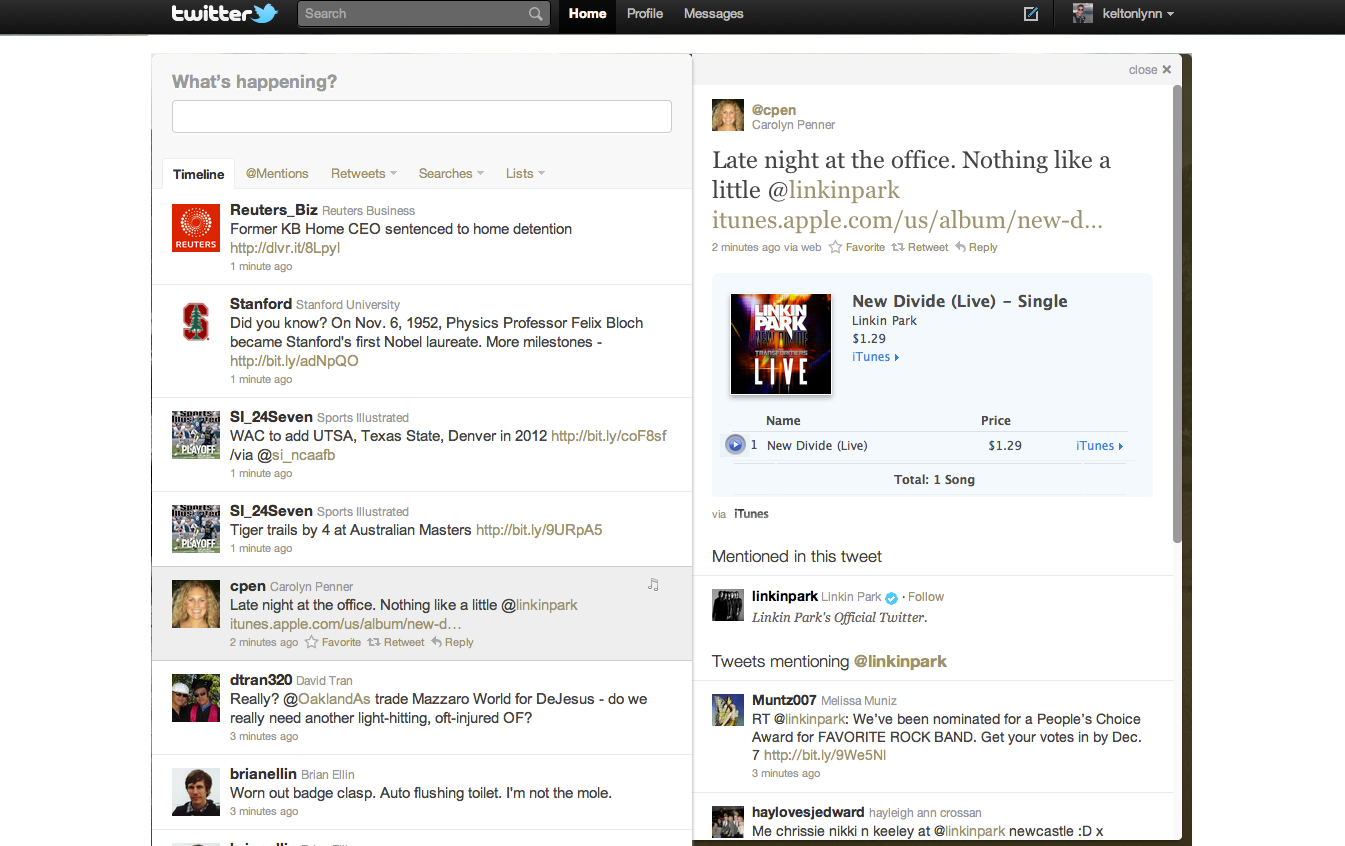 It looks like Ping (a music social network from Apple) has a new best friend, as Twitter has just announced that Ping users (not to be confused with Ping.fm or Ping.com) can now connect their accounts with the micro blogging social network.

Starting today Ping, iTunes’ new social network for music, and Twitter are making it even easier for people to share music discoveries with their friends by putting Ping activity, song previews and links to purchase and download music from the iTunes Store right in their Tweets on Twitter.com. […]

Once you’ve linked the accounts, whenever you Post, Like, Review, or tell your friends why you purchased a song or album on Ping, this activity will also be tweeted to your Twitter followers – complete with playable song previews and links to purchase and download music from iTunes. (Official Twitter Blog)

Users who connect their Twitter accounts to Ping will be able to find Twitter friends (or rather people they follow) who also use Ping, which should help make the service easier for new comers to adopt (as very few people enjoy using social networks without their friends).

This partnership is obviously a big win for Apple, as the company previously tried (and failed) to establish a similar relationship with Facebook.

Although its still unclear whether Apple will make a second attempt to pursue a similar relationship with Facebook, we may see the music giant reach out to other social networks in the future (with the exception of Google Me of course). 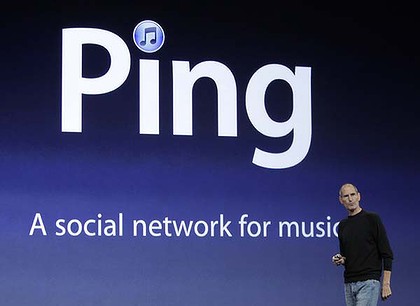 According to eSecurity Planet, Bradley Anstis of M86 Security suggests Apple could begin by effectively disabling links in comments, since comments are the offending medium. “It would be too much to manage comment approvals, but implementing some form of automation to strip out links from comments is a good starting point,” he said. END_OF_DOCUMENT_TOKEN_TO_BE_REPLACED

It’s been long time coming, since Netflix hammered the first nail in the coffin of the social networking features of their site this past spring. But Friday the end became reality as the doors closed definitively on Netflix community features.

The move comes just days after Apple launched its new product-based social networking service Ping in iTunes. Now Netflix admits the community aspects of their site were hardly used and their engineering resources would be better spent devoted to developing aspects of the site that are highly popular – such as video streaming. Whether Netflix’s poor experience blending products, services, and social interaction will bode unwell for Ping remains to be seen. END_OF_DOCUMENT_TOKEN_TO_BE_REPLACED 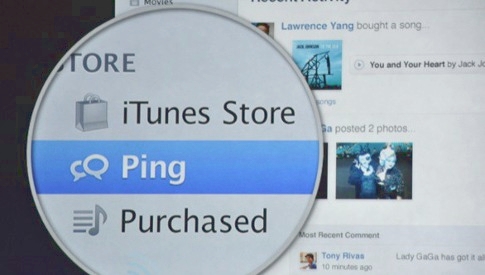 Apple’s new Ping network has debuted with the most recent release of iTunes.

Ping, not to be confused with social network updating service Ping.fm (or the web site Ping.com, which has nothing to do with music or social media whatsoever), is Apple’s new niche social networking service dedicated to connecting people based on their tastes in music. Ping is not a standalone web site; it comes packaged only with the software, which is available for both PC and Mac.

Interestingly, Ping is disabled by default and is therefore an opt-in user experience. One might think that Apple would be pushing for users to try the free service, but Apple is promoting social interaction by making users’ details such as name and hometown visible to the public unless specifically set to private. Furthermore, the types of music you enjoy, based on your iTunes statistics, can be hidden – so that embarrassing fetish for show tunes need not be known to the world. END_OF_DOCUMENT_TOKEN_TO_BE_REPLACED