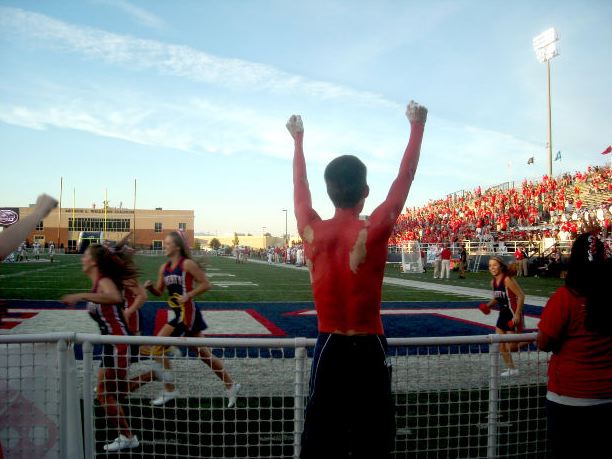 On June 1st, the blog and community site Canon Filmmakers announced that their site was coming to an end. However, it wasn’t because the owner of the site was retiring or a server catastrophe ate all of the posts and guides, instead, it was a legal threat from Canon itself forcing them to close and turn over their domain (Note: Link to likely to stop working shortly).

This wasn’t the first time Canon used or attempted to use Trademark to shut down a site about them. In 2009, for example, they sent a takedown notice to WordPress.com, which was hosting a site entitled “Fake Chuck Westfall”, which is a parody of the real-life Canon technical adviser Chuck Westfall and commonly lampoons the company. However, in that case, WordPress.com refused to remove the site and it remains online today.

Other sites have reported problems with Canon, especially when they’ve used the trademark in the domain itself, but Canon is far from the only company to have legal spats with their fans. Fan communities, it seems, are plagued by legal problems, both trademark and copyright related, and are among the most legally-risky sites to create.

However, this doesn’t mean you shouldn’t create a fan site, be it a blog or a community, just that you have to be aware of the risks and work to mitigate them.

END_OF_DOCUMENT_TOKEN_TO_BE_REPLACED 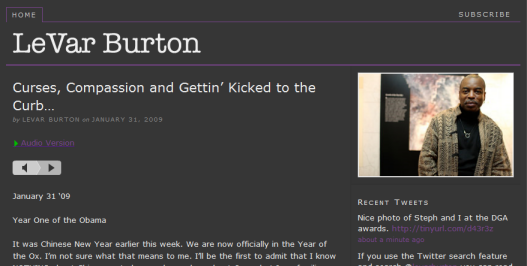 I recently joined a social networking site called Twitter. The reason that I joined is simple. However the reason that I have stayed and made a conscious decision to become as Twitterer myself, is what has led me to this BLOG.

…After lurking for a while (not in a creepy context, simply observing) it occurred to me that I had encountered in Twitter a bona fide community of individuals bound together by common interests and occasionally, ideals….

I feel like I have found part of my tribe in my online community, my Tweeple, so to speak. It is my intention, in the days and weeks to come, to lean on my online tribe for the kind of support, advice, and good humor that any man can expect from one’s community…

For those seeking to understand the pull social media sites like Twitter has, the first blog post by LeVar Burton on his new blog summed it up. END_OF_DOCUMENT_TOKEN_TO_BE_REPLACED