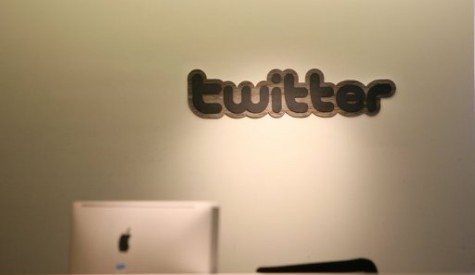 Twitter turned six on Wednesday and to celebrate that special occasion the social network accounts that it was now serving more than 140 million active users.

In a blog post on the company’s website they uses that 140 million mark to show off some other cool facts for example the network now sees more than 340 million tweets each day.

“That’s more than 1 billion every three days. However concisely, it turns out there’s plenty to say.”

That 140 million user mark is a 40% increase over the company’s 100 million active users mark which Twitter CEO Dick Costolo revealed in September.

At this time Twitter hasn’t revealed how many of those active 140 million users log onto the site each and every day.  END_OF_DOCUMENT_TOKEN_TO_BE_REPLACED

When Twitter broke the mainstream, Eric Weaver from the Brand Dialogue made a valid observation. When there is finally a chance to interact with their fans in ways unimagined before, celebs in general still don’t want to listen. If you look at the chart of followers vs. following ratio, most hard hitting celebs are following much less than 10% of their audience.

Yet that’s how many Twittering celebrities are using the site: as one more one-way communication channel. Some seem to be taking the time to respond to fans, but most appear very uni-directional.

Is it the inconvenient truth therefore, that when mainstream takes over, the conversation always becomes a one way street?

In Exploring Social Media: Twitter Adoption Stats and Demographics, I covered the article by Hitwise, “Twitter traffic according to Hitwise,” which cited statistic research showing Twitter moving into main stream adoption. The report also offered some other interesting downstream traffic stats, the numbers which report on what types of links Twitter users click, an indication of the trends and interests of Twitter users.

If asked what types of links would be most likely clicked through from Twitter tweets, you might agree with my blogger friends whom I asked the same question. They all responded with blogs. After all, bloggers were some of the earliest adopters of Twitter.

However, according to Hitwise, blog clickthroughs represent only 6.6% of all the downstream traffic, not the largest majority. Entertainment websites account for 17.6% and news and media for 10%.

Many consider Twitter a social network, as they do MySpace, LinkedIn, and Facebook, so maybe the social network sites link to those types of services or to specific tweets. The problem with this type of information is the lack of a clear definition of what entertainment, social networking, and blogs mean. Blogs are social networks, and many of the most popular entertainment sites in the world are hosted on blog platforms – aren’t they blogs? If users are retweeting and linking to twitter tweets, then that would also account for the high number of social networking link traffic. END_OF_DOCUMENT_TOKEN_TO_BE_REPLACED

Hitwise recently covered a variety of posts about Twitter traffic with some interesting analysis and reports.

In the most recent post on “Twitter traffic according to Hitwise,” Hitwise reports that the UK, USA, and Australia show a dramatic increase in Twitter usage and visits.

Let’s start with the UK. Twitter.com is the 291st most visited website in the UK. Internet traffic has increased by 974% over one year, see the graph below.

Traffic to Twitter from Australia has also grown significantly, 517.9% up over one year, as shown on the graph below.

…A few days earlier an analysis of Twitter traffic in the USA was also published. According to Hitwise, Twitter.com attracts more visitors than Digg. Twitter is ranked #84 in computers and Internet category, one place before Digg, ranked #85.

In April of 2008, Heather Hopkins at Hitwise analyzed the statistics of Twitter traffic to determine if this social interaction and microblogging service had hit the main steam for acceptance. Her research and analysis found that while it was increasing in usage and acceptance, Twitter ranked at 439 among “Social Networks and Forums” and was ranked at 4,309 for all types of websites. END_OF_DOCUMENT_TOKEN_TO_BE_REPLACED

As part of my ongoing series on exploring social media tools, I’d like to take a look at the usage of curse words on the web, specifically those tracked by Cursebird.

Adult Content Warning: The following includes words that may offend some. Consider yourself warned.

A lot of SEO and web strategies specialists spend a lot of time tracking keywords, search terms, hashtags, and other frequently used words and phrases across the web, especially those used in social media tools. Cursebird takes this research a step further. END_OF_DOCUMENT_TOKEN_TO_BE_REPLACED