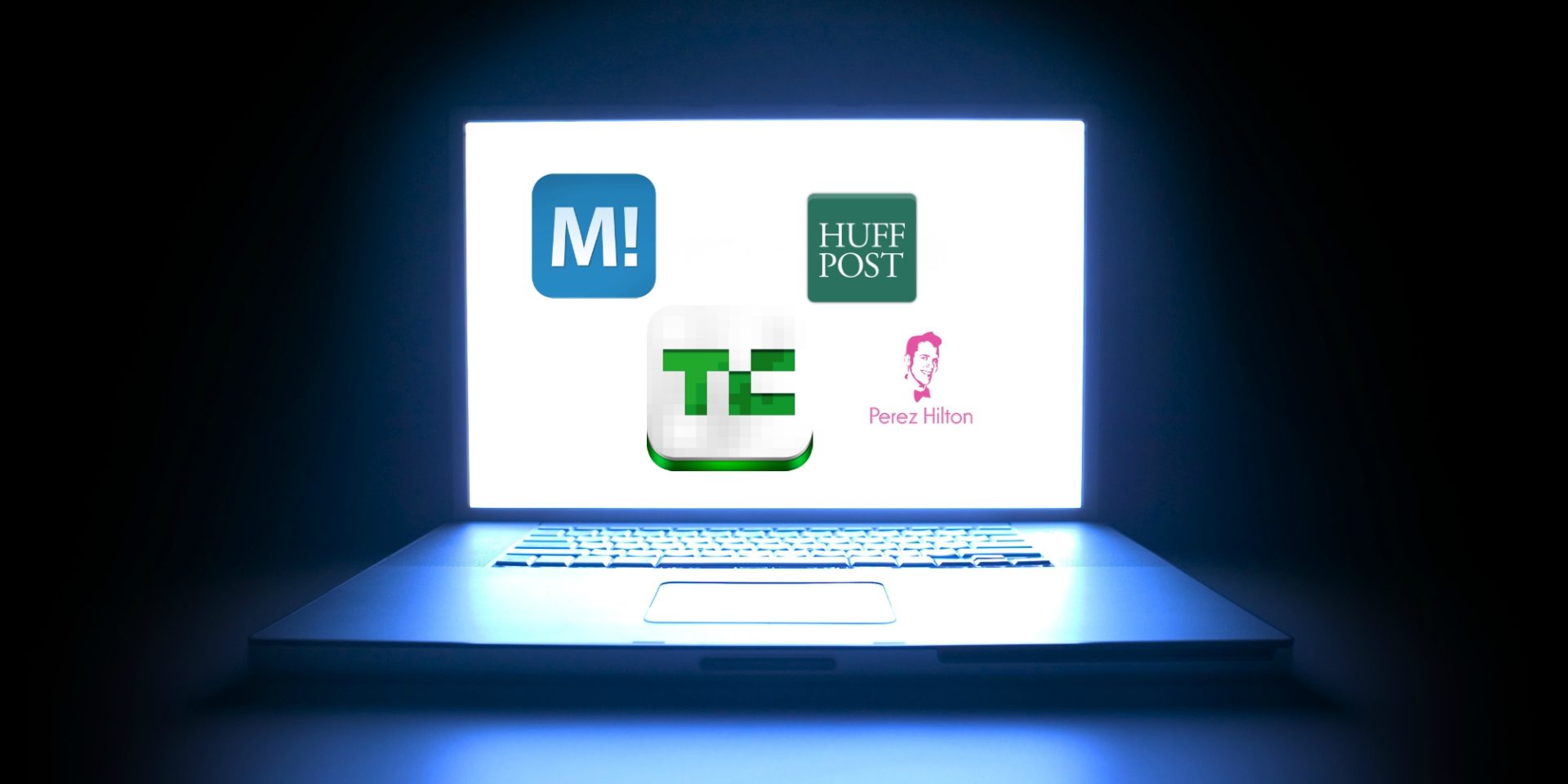 Despite being one of the biggest industries to follow the birth of the internet, the word “blog” still has somewhat humble connotations. Perhaps it’s because it’s so ubiquitous with the “do-it-yourself” mentality of the web—who doesn’t know somebody who’s started their own? But what average internet users don’t realize is that some of the most popular (and profitable) sites on the web are actually highly successful blogs.

From pop news sites like Mashable to advice sites like LifeHacker, many of today’s most popular online destinations began life as simple blogs; the vision of one person transformed into businesses that rival well-established print and web magazines. Each one is a story of success, and a testament to the power of dedication, hard work, and the ample opportunities the internet provides aspiring entrepreneurs.

TechCrunch is one of the web’s most prominent industry-specific news sites, but it has humble origins as a blog run by one man, Michael Arrington. His thoughts and predictions soon made him renowned as the “prophet of Silicon Valley”, leading Arrington to expand his site and add more contributors until, finally, it became the frequently updated, minute-by-minute tech news destination it is today. For his efforts, Arrington has become one of the richest bloggers in the world, pulling in anywhere from $500,000 to $800,000 each month. Even if you don’t know it by name, you’ve probably read something on Mashable. It’s one of the largest independent news sites on the web, covering everything from business and technology to social media, lifestyle, and entertainment.

The story of the site’s founding is one that wouldn’t seem out of place in even the schmaltziest Hollywood drama about a fictional business, but Pete Cashmore’s story is all too real. At just 19 years old, he founded the website and ran it out of his bedroom in Scotland. Within a few years, Cashmore was one of the most successful bloggers in the world, raking in between $560,000 and $600,000 a month. The celebrity gossip site run by Mario Lavandeira, better known as Perez Hilton, has for better or worse become a mainstay in popular culture. But when it was launched in 2005, it was nothing more than a simple blog dedicated to the latest Hollywood hearsay, known as “PageSixSixSix”. Now, Hilton’s site is making bank, earning the controversial journalist between $200,000 and $400,000 each month.

Despite being one of the world’s most successful bloggers, most people don’t associate Hilton or his site with the term. It seems nothing will shake the popular misconception that blogs are lonely, isolated places on the internet that nobody visits. Entrepreneur Gina Trapani not only founded one of the most popular websites in the world, she popularized a term that has gained widespread traction in the English language. A “life hack” is a simple tip or series of instructions aimed at making one’s life easier. From cracking eggs perfectly to DIY home theaters, Lifehacker has become the number one spot for easily digestible information that saves you time, money, and a whole lot of frustration. When Arianna Huffington and four others launched The Huffington Post in 2005, few would have predicted the humble blog that seemed more interested in alternative medicine than politics would become the most popular breaking news, opinion, and blogging website in the world. The site even won a Pulitzer Prize, the first online media group to do so. Arianna Huffington may have been a well-established public figure before launching the Post, but the website’s runaway success is further proof that blogging can take you places. Furthermore, it demonstrates the huge role blogging plays in online media—one that is quite a bit bigger than most people think.

Also read: Turning Your Blog Into a Business with David Risley