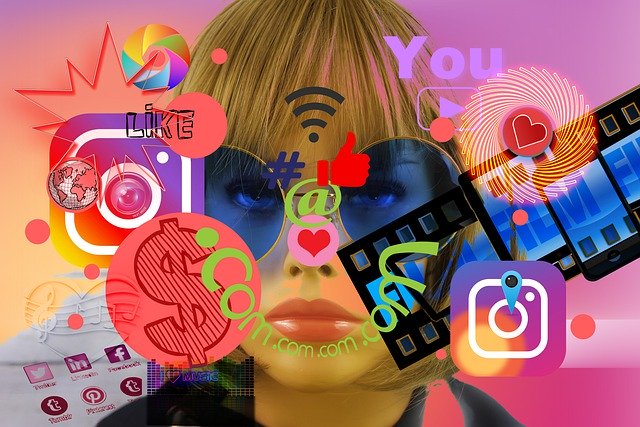 Blogging and influencing are legitimate, high-income careers for people of any age, gender, and race. As long as they could create incredible content, and earn an equally incredible following, any social media star (influencer or blogger) could easily become a millionaire overnight. Of course, the highest-paid influencers on all social media platforms would be celebrities like Kylie Jenner and Kim Kardashian-West. Athletes are also well-known high earners on social media, with Cristiano Ronaldo as one of the highest-earning athlete-celebrity. Signers like Arianna Grande and Selena Gomez are also high earners on different platforms, particularly Instagram. Let’s focus on non-celebrity blogging magnates, for now. Here are some of them:

Believe it or not, the Perez Hilton website earns a whopping 450,000 to 575,000 US Dollars a month! Back in 2005, a man named Mario Lavandeira, created a blog to dish out the latest Hollywood gossip. At the time, blogs were commonly used as personal journals. The website is all about the glitz and glamour of Hollywood and the nasty secrets hidden well beneath the red carpet. He did not hold back bashing an ugly dress from an awards show or bringing an intimate celebrity detail out in public.

It’s crazy how the Perez Hilton website changed through the decades. We have to say that teenagers from the 2000s do miss the baby pink background and its really basic layout. The content was just a scroll-through but the Perez Hilton trademark was the pen-mark edit of his comments (or doodles) on celebrity images. The quirkiness of the original website is still there, but it is all editorial and almost magazine-like now.

Through the years, Perez Hilton (aka Mario Lavandeira) became a household name. He is now a famous columnist and book writer. On top of that, he also runs two different YouTube channels and a podcast. Way to go, Perez!

What separates Mashable from other blogs is that their content has a wider range of topics. This includes tech, media, social media, and even science. Anything that could go viral or trending, the blog writes about it. Also established in 2005, it started out as a simple WordPress blog with the founder (Pete Cashmore) as its only writer. Now, it transformed itself into one of the biggest media giants of 2020. Every month, it could earn between 600,000 to 1.5 M US dollars.  In 2017, it was bought by Ziff Davis for a total of 50 million US dollars.

This blog was released in 2002, by its founder Peter Rojas. Although it earns much lower than its competitor, Engadget, Gizmodo fared really well with readers. Their content focused on the latest tech, gadgets, and all geekiness all that entails. This blog was the go-to for the best reviews of the latest gadgets even before ‘unboxing’ became a thing. It started out earning roughly 6,000 US dollars a month in the 2000s. But now, they earn between 450,000 to 550,000 US dollars every month.

This is pretty much the biggest and most inspirational blog to riches stories out there. It may be one of the largest earning blog-websites in the world. It started out as a blog-commentary on current events and news. What made it so successful is how it managed to create effective SEO strategies as early as 2005, when it was launched. A year after it was launched, the company was able to raise a 5 Million US dollar investment to increase its content creation. Soon, it became a household name to the point that a good percentage of its traffic came just from search engine results.

Huffington Post earns between 1.8M to 2.3M US dollars per month! It is a wide network of websites now. There are local editions in New York, Chicago, Hawaii, and more. Not only do they have local websites, but they also have international editions. This includes, but is not limited to, France, India, UK, South Africa, and Australia.

4 Successful Affiliate Websites to Learn From

TikTok and Other Social Media Platforms

Loren Gray – Known as the most successful TiKToker, she could earn about 40,000 USD for every single post. She has over 40 million followers. Her content is mostly about her lip-syncing, singing, and dancing. She may be one of the most successful influencers in the world.

Charli D’Amelio – Although she is not as famous as Loren Gray, Charli D’Amelio is pretty wealthy herself. Her TikTok content could earn her between 30,000 to 40,000 US dollars per post. She is so popular, Dunkin’ Donuts even named a brewed beverage after her.

Rhett and Link – This is a YouTube channel with quite interesting and engaging content. A single video created by the duo could earn about 10,000 to 15,000 US dollars a day.

The Best Blog Platforms to Make Money On