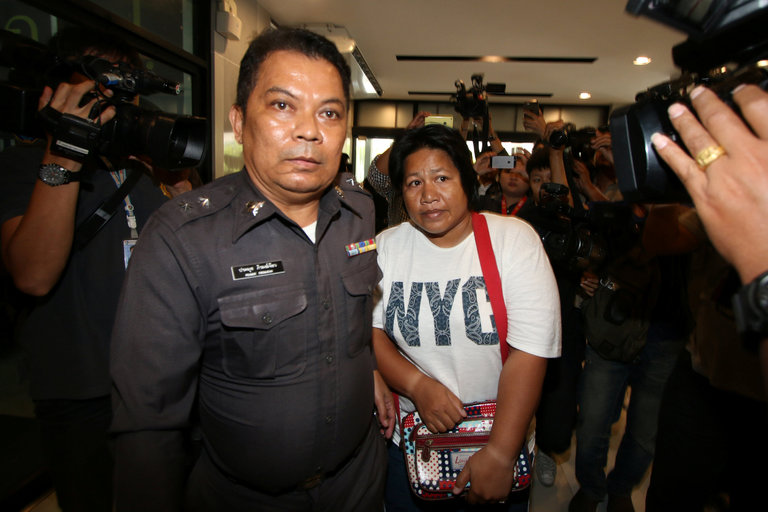 It is a “new low” for the Thailand government, as the mother of a pro-democracy activist is facing a hefty prison sentence for simply replying to Facebook message. Patnaree Chankij is the 40-year-old mother of Sirawith Seritiwat, a leading student activist. Seritiwat is currently on bail for participating in a banned protest and has kept distance from his mother’s case.

Chankij’s accused crime is laughable to the rest of the world. She is being tried by a military court under Thailand’s strict lèse-majesté law. These strict rules make it a very serious crime to insult the country’s king, queen or crown prince. Since the military has taken power in 2014, many have been prosecuted for simply disagreeing with the leader. According to The New York Times, Chankij received a private Facebook message. She did not express agreement with the message or make a comment on the content. She replied to the message with one word, “Ja.” This is similar to saying “Yeah.” While the message was not made public, as to not “further insult” the king.

The original sender of the message was 28-year-old Burin Intin. He was arrested earlier this month and faces his own legal troubles.

Despite her one-word reply, authorities say they have enough evidence to prove that Chankij was involved in other movements against the leader. The investigation is still ongoing.

The Human Rights Watch explains that persecutions like this were on the rise and extremely aggressive. One Thai man is serving 30 years for sharing Facebook posts. Another is facing jail time after insulting the king’s dog.

“The Thai junta has sunk to a new low by charging an activist’s mother under the ‘insulting the monarchy’ law, which has been systematically abused to silence critics,” said Brad Adams, the Asia director of Human Rights Watch. “Prosecuting someone for her vague response to a Facebook message is just the junta’s latest outrageous twist of the lèse-majesté law.”

Col. Olarn Sukkasem, the chief of the police’s Technology Crime Suppression Division responded to these remarks and had a warning for anyone who might have something to say.

“If you share this offending information, you must take responsibility for your act, as well,” he said. Simply clicking “Like” on Facebook could be considered an offense, he said.

He also warned that even journalists could face jail time for reporting on the matte.

“Right now, it is under investigation,” he said. “Therefore, I would like you to be careful in publishing information. Publishing false information can be considered an offense.” As for Chankij, she has been denied bail and is awaiting her court date. She continues to claim her innocence and said she was not conspiring agains the king or attempting any crime.

“I haven’t seen any legal interpretation like this,” she said. “Just saying ‘yeah’ doesn’t mean that she should be considered an accomplice.”