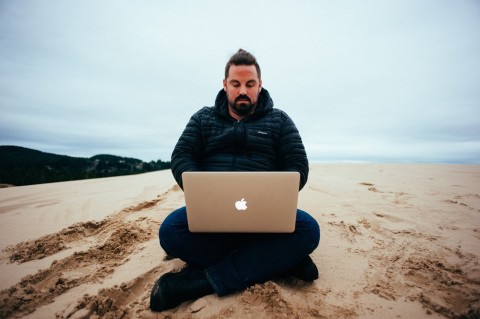 Grant Sabatier is the mastermind behind the successful blog, Millennial Blog, as well as the vice president of digital strategy at Eduvantis. He shares his secrets to success and how he went from broke to millionaire.

Recently, during an interview with Here and Now’s Robin Young, Sabatier was asked about his strategy to success.

“The biggest takeaway is, you know, a lot of people think money’s a lot more complicated than it actually is,” Sabatier said. “And if you just start paying yourself first, and view saving as opportunity as opposed to a sacrifice, and you just keep putting it away, you know, you’re gonna wake up in five, 10 or 15 years with a lot more money than you realized you would ever be able to have.” Sabatier says the start is all about learning the importance of savings and investing. He also explains in his quest to invest, he discovered creative ways to make multiple sources of income. He wanted to earn as much money as possible.

“I tend to prefer and recommend side-hustles that you’re using to build skills,” Sabatier explained. “If you invest in your skills, if you learn to code — even if you walk dogs in your neighborhood, and you build that skill and you build a client base, and then you turn it into a small business, and then all of the sudden you’ve got multiple income streams and a business as opposed to just a simple side-hustle.”

He also revealed what he discovered is the biggest mistake people make when they begin to make money: lifestyle inflation. “I share a lot of the mistakes I make very openly on the blog, and one of the biggest ones was just lifestyle inflation. The calculation is built around me being able to spend about $50,000 per year for the rest of my life. And so if I go considerably over that, I’m gonna have to make more money and invest it,” Sabatier continued. “The thing is, once I reached financial independence, I didn’t stop working. I’m still making quite a bit of money, and so I have some more flexibility there. But, I quickly realized last year that I was spending a lot more money than I’d ever spent, and that, you know, I really had to rein it in and get it under control.”

You can listen to the full interview or read the full transcript here. It originally aired on April 25, 2017.

Sabatier is a true example of how hard work and dedication can pay off. This 31 year old coder went from too broke to buy food to making $1 million dollars in just five years. He made a promise to himself to make a million by the age of 30 and he did just that.

His dream began when he was struggling financial. He had lost his job and was forced to move back in with his parents. He had gotten hungry and went to get a burrito. He checked his bank account and discovered about two dollars was all he had. This is when he realized he had to take control of his life and finances.

Now, Sabatier has quit his 9-5. He now is able to make $200,000 a year by creating websites for lawyers. He could ideally stop working for two years and still be extremely wealthy.

His biggest advice is to be prepared to work long hour and miss out on a social life, but stay reminding of the long term effects is what fueled his motivation.