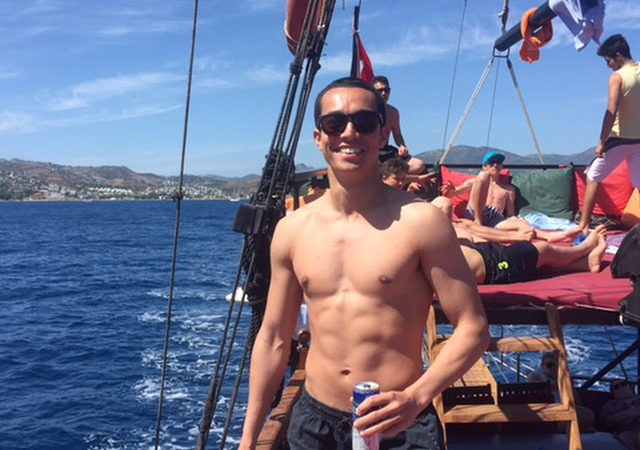 One British blogger is enjoying the spotlight after a clever Google hack made him one of the sexiest men in Britain. Tom Church is blogger and suit maker, but if you google ‘sexiest man in Britain,’ you’ll get a picture of him posing on a boat. So, how did this normal guy get to become this search result?

Church explained the hilarious situation with Metro UK.  It all started when he texted his girlfriend and asked if she thought he was the ‘sexiest man in Britain.’ However, she didn’t. (Hello, David Beckham.) In an effort to get laughs and win the argument, Church researched images results for beautiful people. He discovered a trend and knew he could hack the system to raise awareness of these standards. ‘Only photoshopped women all of whom look very similar, in lingerie and mostly white come up,’ he writes on his blog. ‘Search engines are indirectly promoting false beauty standards and I wanted to raise awareness of this fact.’

In his blog post, he gives a exact rundown of how he hacked the results. Basically, it involved a picture of him, shirtless and on his boat. He named the image after the search term and uploaded it to several image hosting websites. He then had Google index it with Pingler.

Church breaks the relatively easy process down into 6 steps. The last step of waiting seems to take the most patience.

“Sit back and wait for your pictures to start ranking in the Google results. It may not take any time at all, for example, I got my first picture indexed in an incredible 11 minutes, but some others took days and even weeks.”