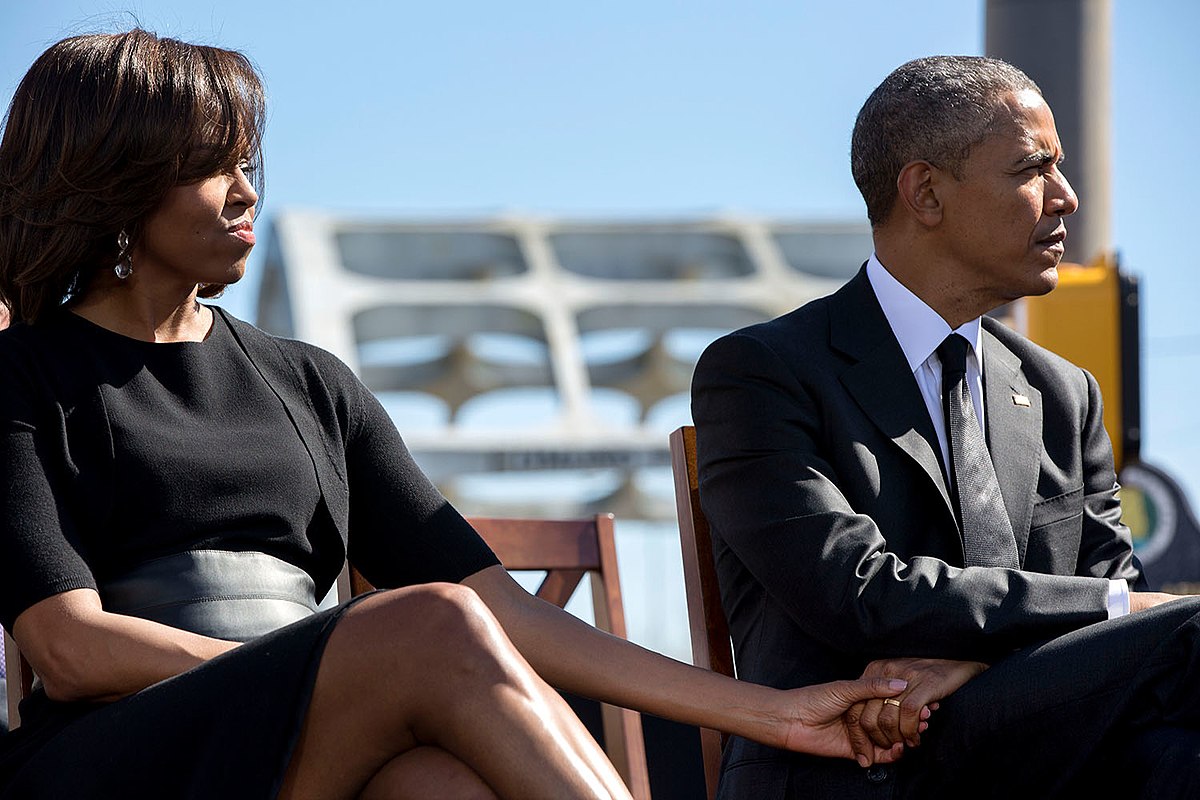 Who says politicians and influential people cannot use the internet to reach out to Americans, particularly the youth? Former US First Lady, Michelle Obama, just launched the first episode of her new podcast. Her first guest – no one else but Former US President Barack Obama. The podcast is simply a talk show where Lady Boss Obama would be inviting in some friends, family members, equally influential people, and more to talk about life, in general. It didn’t come as a surprise that she would be interviewing none other than the 44th President of the United States, but their conversation took surprising turns.

What is great about the podcast is that we see the Obamas as just real, simple Americans. The Michelle Obama Podcast, which was launched on the 29th of July exclusively for Spotify, was plain, real talk. The Obamas talked about their marriage, public service, and even some of the imperfections of the Obama administration.

She is not famous just because she is the wife of President Obama. This woman is popular because of the kind of person she is – respectable, powerful, and inspiring. The podcast was entertaining and inspiring not just because of the former President, but because of her character as well. Not only is she an intelligent, powerful, and highly respectable woman, she is also very fashionable. There are even famous pop songs written about her. That’s how great everyone knows she is.

She points out that to really get over issues like race, education, health care, or poverty, someone needs to start the conversation. Maybe the point of her podcast is exactly that – which is to engage different kinds of people to talk about important issues and basically hear everyone out. Especially now that the elections are coming, it is important to engage the youth in discussing these important issues so that they would be able to make intelligent voting decisions.

How did the First Episode go?

We must take note that the Obamas are World Leaders. People are so used to listening to them make empowering speeches, press conferences, and political interviews. But it is a rare sight to see them have such a casual conversation about a variety of things. The podcast turned the Obamas into very relatable people. Even their Twitter bios put themselves firsts as Americans than influential celebrities. On former President’s Twitter bio he says he’s a “Dad, Husband, President, Citizen” while on the former First Lady’s is that she is “a dog lover and a hugger-in-chief”. Their conversation focused a lot on relationships. Their relationship as husband and wife, how they met, how it all started, and all that. They talked about their relationship as a family, all joking included. They talked about love, as cringe-y as it sounds.

Then they moved the conversation to their relationship with the community. They discussed topics like racism, especially since they are the First African American Family to ever get the highest seat of government in the US. The issue of racism is very relevant now that conversation about it is on its high momentum, with the current protests and deaths. They also talked about community parenting and how a neighborhood of friends can help in building the modern American family. There was conversation as well about friendship and how these friendships help in building a person’s character. The conversation again progressed into what it means to be successful, and it is not about having everything or all the money. Instead, it is about giving back to the community.

What can we learn about her podcast?

The most endearing quality of Mrs. Obama is the fact that she can make a speech feel like she is talking to just one person. Intimacy and connection in the way she delivers are what makes her podcast entertaining. Her works ranging from her books, her speeches, and her podcast, are very inclusive. It makes the listener feel like they are part of the conversation. And it also tackles important issues and topics without the cringe factor. The conversation between Mr. and Mrs. Obama felt like you were just having a fun and exciting dinner conversation with them. It was light, entertaining, and inspiring all at the same time. Generally, it sounded as if the listeners were there with them.

This is what makes a good blog or podcast – that connection to the audience. It is not just about tackling fun and interesting topics, it is about knowing how to engage the listener. Although the audience cannot see the body language between the podcast host and the guest, the way they converse will clearly show if there is good chemistry or not. Having different guests per episode, it shows the kind of talent the host has to adjust and adapt to the comfort of the guest.

Also Read: US Government on Ban TikTok: Should you worry about your blog?