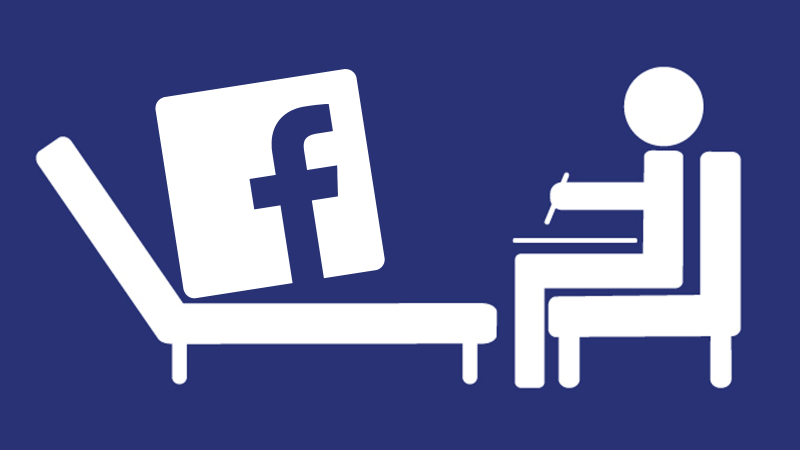 As if Facebook “people you may know” feature wasn’t creepy enough. (Listen, if I really do know them and aren’t friends on Facebook, chances are I don’t want to be!) Anyways, it seems the social media giant crossed the line when one psychiatrist discovered that Facebook was suggesting that her patients friend each other.

The anonymous doctor shared her story with Fusion and explained that she noticed that her patients profiles were being recommended as people she should connect with, but she had no idea how the website had made the connection. She hadn’t shared any phone contacts or email addresses with Facebook, so she was confused how they knew they were her patients.

She realized that there might be a real problem when one of her patient’s mentioned the coincidence. The thirty-something old patient said he was getting suggestions to become friends with a lot of elderly people and others that he had nothing in common with.

“He laughed and said, ‘I don’t know any of these people who showed up on my list— I’m guessing they see you,’” the doctor said. “He showed me the list of friend recommendations, and I recognized some of my patients.”

Of course he was correct, but she couldn’t say anything and break patient-doctor confidentiality.

“It’s a massive privacy fail,” she said. “I have patients with HIV, people that have attempted suicide and women in coercive and violent relationships.” The psychiatrist practices in a relatively small town and was worried how this was happening. She wasn’t friends with any of her patient’s on Facebook, so the only thing she could think of was that maybe they were are logging into social media while at her office and maybe Facebook’s algorithm had picked that up?

Fusion contacted Facebook about the issue, but the company could not confirm her speculations. However, her story is a reminder of all the information we may unknowingly share with social media. However, experts recommend not using social media in places where confidentiality is important. So, keep those phones in the car during your next doctor’s appointment.