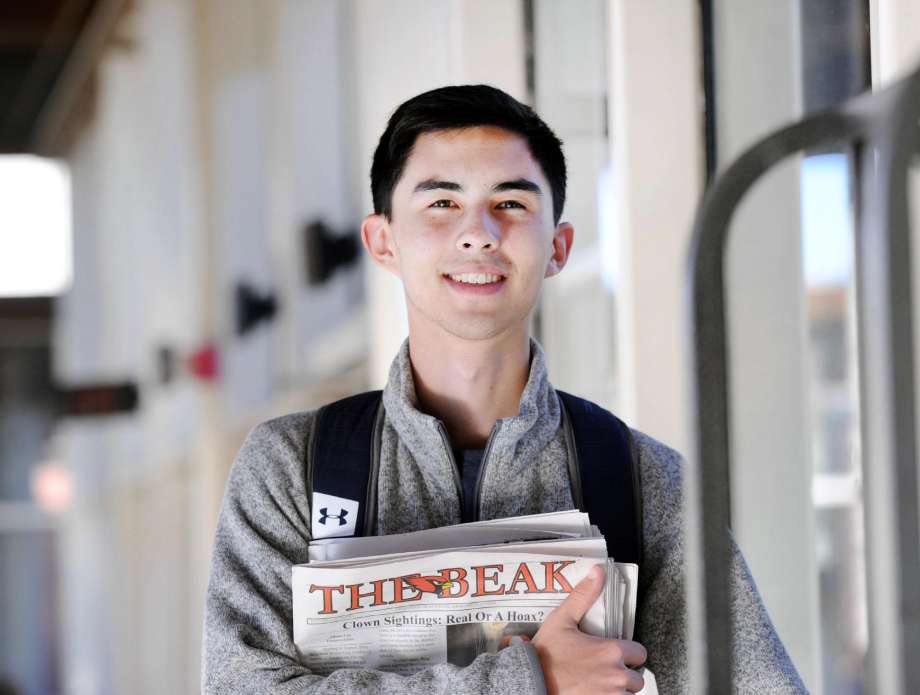 One high school newspaper editor is making a mark on the 2016 presidential election. 17-year-old Kai Sherwin is easy to sum up: a New England moderate Democrat. However, that might only play a small role in has journalistic success.


Besides contributing to Greenwich High School’s student newspapers, Sherwin is also known for his essay writing skills. Last year, he was the recipent of the prestigious Yale University Buckley Essay Contest. Sherwin admits despite winning with his political essay, that still wasn’t his best work.

“I actually forgot about the deadline until the day of,” he said. “So I spent a Saturday night doing it in a few hours, which is not the best way to enter a contest, but I did it nonetheless.”

Sherwin has the natural gift of journalism and uses at every chance he can. He also contributes political blogs and videos to local media outlets. However, his latest job is one to remember.

Sherwin was chosen to co-anchor an election coverage program with MSNBC anchor, Craig Melvin. MSNBC’s ‘We The Students’ special targeted how this demographic interpreted the controversial election.

“I’ve had a good amount of experience in the past six months being in front of a camera, being interviewed,” he told The Fairfield Citizen. “I had always known that public speaking and expressing your opinion in a good way, in a thoughtful way, was important, but the past six months have really shown me the importance.”

For more on Sherwin’s fascinating story, check out this article from The Fairfield Citizen.