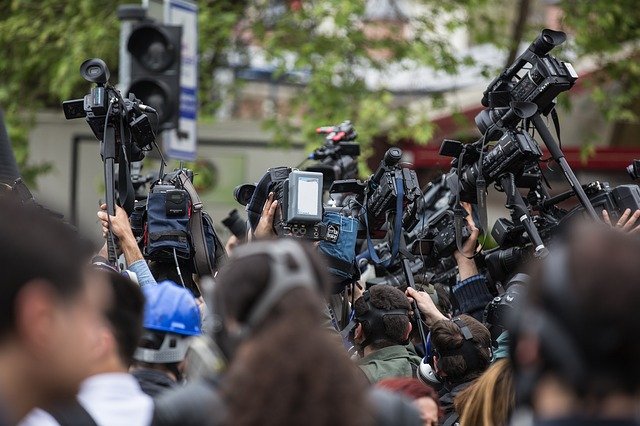 Amid the current global pandemic (also known as COVID-19), the shut down of independent digital media all over the world has started to become prevalent. Persecution by the government against critical journalists and media agencies are prevalent.

We are all distracted by the news. We seem to accidentally ignore the charges the government gives to its critics, including journalists and media outlets. Widespread criticisms, demands for accountability, and fact-based news – these are what political news websites show its readers. But crackdowns from authorities seem to hold news by the neck. Is this a sign of media shutdown and censorship?

All world leaders (and even celebrities) know that critics are a part of the package. No matter how great, or poor, a leader’s performance can be, there will always be an individual or a group of people who would not share the same visions and provide a critique to any action.

Media Censorship all over the world amid COVID-19

The world is surprised that rural parts of Myanmar are unaware of the existence of COVID-19, or that it is claiming hundreds of thousands of lives all over the world. It is even more surprising that the reason behind this is the countrywide shutdown of the internet. Multiple towns all over the country experienced a ban on mobile internet since the middle of last year.

The widespread ban on the internet in Myanmar became a major bottleneck in combatting efforts against COVID-19. It has crippled the continuous provision of information and aid for COVID-19 patients in many parts of the country.

The shut down of one of the largest independent broadcasting network in the Philippines is deemed as an attack to press freedom. Although cleared by various government agencies for multiple allegations of illegal acts, the network still faced a losing battle against congress about its franchise approval.

Earlier this year, the Philippine President also expressed his whims against the CEO of a popular independent website, Rappler. A prominent figure filed a cyber libel case against the CEO, for an old article published decades prior to the establishment of the Anti-Cyber libel law in the country. There is no clear indication that there is retroactivity to this law. Still, the government remained mum when the journalist was convicted.

Just like other countries, Malaysia suffers from alleged media censorship. This is especially true for digital media and the internet. In fact, one prominent journalist named Steven Gan, was recently charged with contempt. Why? Because of some random reader comments on his website that is critical of Myanmar’s judiciary. Many people see this as a threat to media outlets in the country.

While the world watches, thousands of users in China’s popular social media platform, Weibo report the possibility of a news blackout in the country. Complaints that there is poor response to the virus, people literally dying in their homes before healthcare comes. There are many allegations from the citizens. There are allegations from the citizens that cases in China are severely under-reported. The Chinese government is also accused of intentionally keeping the outbreak of the pandemic a secret not only to their citizens but to the entire world.

There are allegations that the Egyptian government suppressed news about the outbreak of the pandemic. It has been reported that the government failed to report surging number of cases in the country. Despite this, and the reduced reports of cases, the country still places second in the highest cases of COVID-19 in Africa.

On-going pressures from social media push the Egyptian government to own up to this error. The people are holding the government accountable for failing to be transparent to the public. The manipulation of COVID-19 data is seen to be a failure to properly present its possible threats to the nation.

Shutting down Independent Digital Media and the Chilling Effect

What is important to note is that the suppression of media in many countries has been prevalent for the past few years, even before the spread of COVID-19. Independent media reports fact-based news, as it is. It is up to the citizens to digest and understand what is being told by the news.

Because of COVID-19, citizens demand more accountability with the government. There are lapses in action, prevailing graft and corruption practices, and lousy governance. This all became more obvious as people listen more to the news.  Citizens are exposed to the ineffectiveness of current systems. Because of this, citizens demand not just accountability but reforms from their leaders.

Now that many world leaders are attacking independent media for what is alleged as ‘biased reporting of the news’, there is a chilling effect of this throughout the media industry. In media, the chilling effect is when sources for journalists and media entities become afraid to report (even fact-based news). This is out of fear that the media entity will be coerced by authorities to reveal their supposedly anonymous identities leading to them being surveilled and eventually attacked.

Government leaders may not put all-out censorship to news reporting, but the ‘chilling effect’ already creates a somewhat similar result.

Also Read: What Should You Blog About During the Pandemic and Beyond?