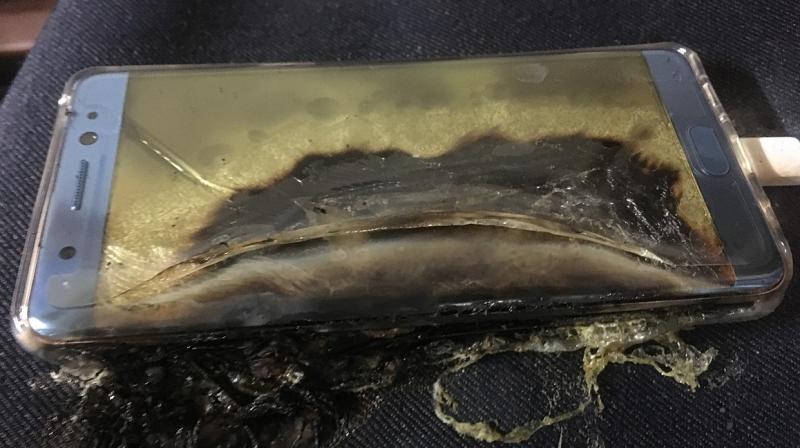 In other words, according to Mashable writer Josh Dickey, you don’t have to get rid of your Samsung Galaxy Note 7; that’s what he’s doing, at least.

He published a post yesterday with a title that certainly resulted in the post’s stats exploding: “You can pry this Galaxy Note7 from my cold, possibly scorched hands.”

In any case, Dickey states that people like – no, love – thinking that we are in imminent danger. So he turns to math to argue his statement: out of the 2.5 million phones sold slightly less than 100 phones caught fire. Okay, those numbers have been reported by other outlets. He then cites a 1 in 12,778 probability that you will be killed in a traffic accident, according to the National Highway Traffic Safety Administration.

Next, he uses part of the script of Fight Club, where Edward Norton rattles off an equation that auto manufacturers use to determine whether a recall is worth it or not. Here’s the snippet of the script as Dickey showed in his article.

Applying all that to the Samsung Galaxy Note 7 situation, he comes up with 3 cents as the cost of keeping your phone, considering the chances of it blowing up. Stated differently, you “pay” 3 cents to avoid having to go through the recall process – going to the carrier or retailer.

Surely 3 cents is a small price to pay, Dickey says.

Okay, so let’s say all the numbers line up. Let’s say the chances that your Samsung Galaxy Note 7 will blow up in your face are low. You save gas money, time, and all the hassle of exchanging “the planet’s best smartphone”.

Then you turn out to be part of that small group of people who gets a defective phone. What good will statistics do you then?

Dickey’s got the right to his opinion, of course, and the decision to keep his phone is his alone. However, even his publication thinks otherwise, for we see this at the beginning of the article.

Editor’s note: Mashable does not condone keeping your Galaxy Note7, and in fact has recommended strongly against it. This viewpoint is the author’s alone, and his judgment is obviously questionable.

Hopefully, readers think more rationally and not allow themselves to be influenced by this – as the editor said – questionable piece.

At the end of the day, the point is that bloggers ought to be more responsible for what they write – even if it’s an opinion piece – especially if it’s about a dangerous issue such as this.

Oh, and by the way, the iPhone 7 crushes the Galaxy Note 7. See this and this.