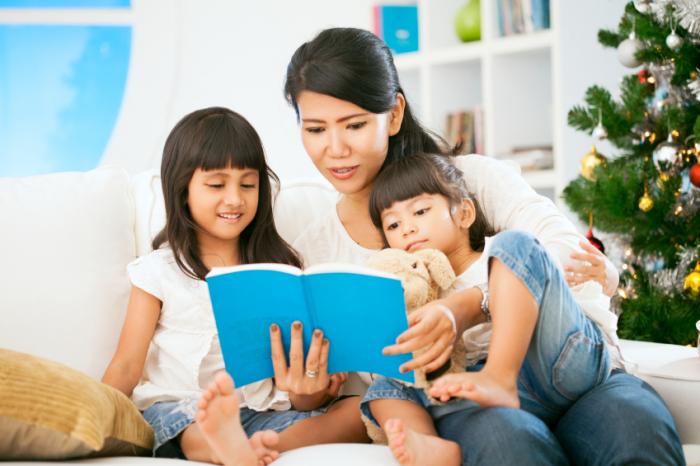 Being a single mother is no doubt a tough job. Some may struggle, but many find a way to become successful. Many have continued to follow their dreams and built successful careers. Meet these single mothers that created some of the most successful websites and blogs. After a divorce in 2012, Alexa Mason found her world turned upside down. Should found herself starting over completly from scratch. She took out a loan and moved into a trailer next to her father’s house. While things may look bleak to some, Mason found a way to transform her life and now makes $6,000 doing what she loves: blogging.

Mason is the first to explain that it didn’t happen overnight. It took a lot of hard work and dedication, but Mason made it happen.

“I started Single Moms Income when I decided that I was going to be financially successful as a single mother. I used the blog to chronicle all the different things I was trying to do to both increase my income and create financial stability for my family,” Mason explained in an interview with Success Harbor. “I originally just blogged about whatever seemed interesting to me at the time. Because of that I’ve written blog posts on many topics. I now just focus on the topics that get the most reader responses and most traffic.”

In the interview, Mason was very open about what worked for her and what didn’t. A successful blog isn’t something that comes easily, but Mason is a reminder that it is possible. On her blog, Single Moms Income, Mason writes about creative ways to make money and other unique financial topics. Her posts have helped many find financially peace.

A former pianist turned single mommy blogger is the brainchild behind The Middle Cinnamon Roll. Dye has dedicated her blogging career to a number of causes and contributes to a number of blogs. After going through a divorce with her husband, she was forced to quit her job as a concert pianist and begin a cubicle job. However, she knew she was meant for bigger and better things.

Her blog tackles all kind parenting topics from healthy eating to the spanking debate. She has also wrote extensively on how to work through a divorce without letting it affect your parenting. Several of her readers have spoke of how her advice helped them through tough times. In fact, one divorce lawyer in Los Angeles shared that one of his clients found peace to get through her divorce proceedings by reading Dye’s blog posts. Dye now lives in Los Angeles, California with her teenage children. Dresden Schumaker has built her career on sharing the idea of nontraditional family. As on of the leading bloggers in the mommy blogging world, Schumaker started out writing about her life as the full-time caregiver for her grandmother. After her grandmother’s passing, she decided she was ready to become a mother and conceived with an anonymous sperm donor.

Her blog, Creating Motherhood, was created to give her an outlet to write about her unconventional family. Besides running her successful blog, Schumaker also contributes to various other websites, such as The Huffington Post and Babble. Her blog has since been voted as one of the best single mother blogs on the Internet.

This single momma has an incredible story and is very open about sharing her rough past with her readers. Known only as Vicky, she runs her own blog and also ghostwrites for a number of other clients. On her side, Single Mother Ahoy, Vicky explains that she and her daughter escaped a very dark situation.

“I had a massive nervous breakdown in 2010; I have published a book about my experiences.
While I was recovering from that breakdown, I met a man and got pregnant. The man turned out to be quite abusive, and my pregnancy wasn’t much fun,” Vicky writes. “My daughter was born prematurely in April 2012, and shortly afterwards the relationship ended (for the umpteenth time) and I became a single mother.”

Her successful blog now reaches about 20,000 people a month.