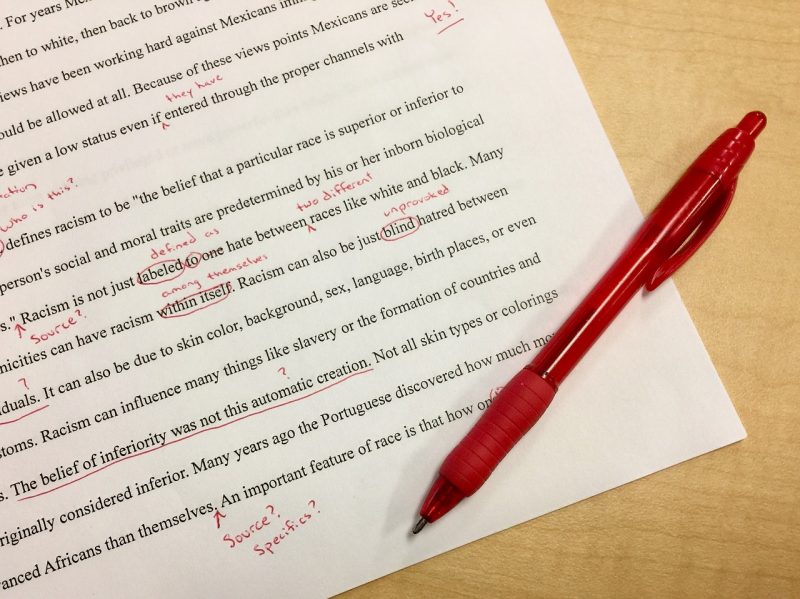 By now, most people have seen or at least heard about the TV show “Intervention,” in which family members and friends conspire to lure a troubled loved one into getting essential treatment for a longstanding, life-threatening addiction. Sometimes it works. Sometimes it doesn’t.

Well, today we’re going to hold a different kind of intervention: a virtual one to reach out to the many executives out there populating the modern workplace, and who are good or even great at their jobs, yet make the mistake of assuming that their competence extends into the blog writing space. No, this delusion is (obviously) not life threatening. But it does indeed damage a business’s brand, reputation and in the big picture, the bottom line. That leads to budget cuts and job losses.

These Are The Biggest Business Blogging Mistakes You Might Be Making

And so, if you’re an executive — we’re talking CEO, CIO, CTO, CMO and the list of acronyms goes on — then with the very best of intentions and the well-being of your business and employees in mind, here are three blatant truths that you urgently need to know:

1.You’re not a blog writer.

We thought it would be best to start with the most difficult realization and rip the Band Aid off (it’s better this way). Yes, you may be a skilled writer. And over the years, you may have written all kinds of important, impressive stuff: reports, speeches, articles, emails (so…many…emails), presentations, and so on. But as difficult as it may be to accept, you aren’t a blog writer.

How do we know? Because the test of whether someone has a skill is not a matter of belief. And this is a good thing. After all, we don’t want to go to a doctor who merely believes that she has an MD. And who wants to board a plane flown by a pilot who has never been in the air, but has a “I believe that I’m a pilot!” affirmation on their bathroom mirror?

No, the test of whether someone can do something is simply and solely this: whether they can walk into a competent company right now that has an opportunity, and get hired at a fair market rate to perform whatever skill is required: flying planes, providing healthcare, and alas, writing blogs.

So, here’s the thing: if you can’t walk out of your office right now and get hired as a legitimate, full-time blog writer at a top-tier organization making an attractive salary, then you’re not a blog writer. Instead, you’re a good or great executive — which is nothing to sneeze at, right?

2. You don’t have as much time as you think you do.

OK, if the first blatant truth didn’t sink in (yet) and you’re convinced that you could indeed be a full-time blogger if it came down to that, then here is another angle: you know all of that time you picture in your head that will be allocated to researching, writing, editing, and proofing blogs? It doesn’t exist. Within days — it could be hours — something new will parachute into your work life. A project. A program. A difficult customer. Yet another status meeting (ugh). Suddenly, instead of spending an afternoon banging out a blog, you’ll be lucky if you can find 30 minutes. Or make that 15.

What is YMYL Content? (And Why You Should Pay Attention)

Oh, and while it’s topical: an afternoon might (repeat: might) be enough to put together a solid 500-word blog. But if you’re aiming for long form content that could be 2000-words or more, then expect to spend at least a day, but probably two days from start to finish. It’s not as easy or as fast as it looks!

Yes, we get it: work isn’t non-stop party. In fact, some stretches can be brutal. But unless you like using yourself for target practice, it’s in your best interest (and everyone else’s for that matter) if you try to mitigate the amount of work-induced misery. Adding blogs to your already-full plate isn’t going to do that.

It’s not that blog writing is tedious — because it isn’t. But it’s not lying in a hammock with a laptop on your stomach as you sip piña coladas. It’s work. And most of the time, it’s hard work. Before long, you’ll subconsciously find ways to procrastinate (“oh, I’d love to start this blog, but I really need to, you know, do the thing with the thing first.”). After a while, the aversion will become conscious, and the mere thought of blogging will make you tired all over. You’ll be miserable and the quality of your blogs will reflect your wounded emotional and psychological state. Why do this to yourself? Why do this to your blog?

The Last Word
Nothing above suggests that you shouldn’t write a blog every now and then. But believing that you can run the content show — or even have a starring role — is almost certainly going to be regrettable instead of rewarding. Remember, while there are many people who blog as a hobby, at the corporate level it’s not a pastime. It’s a profession that, when done properly, dramatically improves the bottom line.