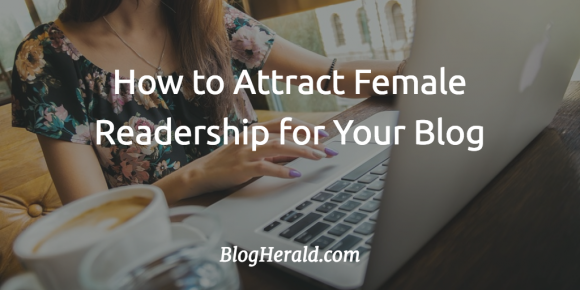 Across today’s digital landscape, there are blogs designed specifically for male and female readership. Outlets like Bustle and Refinery29 caters heavily to a predominantly female audience, whereas Thrillist generally addresses a male demographic.

But male-dominated sites, and even sites that consider themselves gender neutral like the Infatuation and The Points Guy, should consider adding more female-driven content to their overall editorial strategies.

Why is it so important to create more inclusive content that sparks female readership and engagement? Well, in addition to men and women gravitating toward different types of online content, men and women also behave differently after reading content that resonates. 76% of women use social networking.

[bctt tweet=”Why is it important to create content that sparks female readership and engagement? Find out here:” username=”blogherald”]

While men aren’t far behind at 72%, they definitely aren’t as active. Women are more apt to use social sites to stay in touch with friends and acquaintances, and additionally, women tend to have more posts on their profiles. In fact, according to Brandwatch, women have 55% more posts on their walls than men and 8% more friends. If companies success at cutting through all of the digital clutter with blog content that speaks to women’s’ interests, there is a strong chance that women will share the article with their social networks, thus driving more traffic and overall awareness. Even if women are visiting the same blogs as men, there are still overarching editorial themes blog creators and platforms to establish deeper connections with female readership. Taking the time to think about how women will read a specific piece, and asking follow-up questions, including: “Is this something women want to read about, and if so, is it written from a neutral perspective?” can spark more active responses from a socially engaged demographic. Here is a quick guide to help you get started.

While it sounds obvious, a lot of blogs miss the mark on attracting a woman audience because they don’t write things women want to read. Yes, it’s important to include things that are traditionally considered feminine such as weddings or fashion, but women read just as much as men do about a slew of different topics.

Related: How to Use Your Blog to Connect With Your Audience

To start, look at safe topics you consider gender-neutral. For example, craft cocktail recipes, tips for travel, or even relationship advice can be good places to start depending on your blog. More, in coming up with content, it’s okay to ask women what they want to read about. Don’t be embarrassed, as this will only help you more than it can hurt.

Bring On A Women Contributor to Talk About Women Issues If you look around online, there’s more than enough examples of great women writers. However, what makes them great isn’t just that they have insightful opinions on women’s, but have a perspective that both men and women can learn from. And if you want your blog to attract more women, then it’d be advantageous to bring one on too.

However, finding the ideal candidate can be tough as you’re looking for someone with a balanced approach and can contribute their two cents to other issues as well. Additionally, you want their opinion not to be attacking towards men as then you’re isolating your already established audience. Finally, it’s important to think about your overall content strategy for your blog and what the end goal of their contributions are going to lead to.

Avoid the “Male Gaze” in your writing

Male gaze is when male writers typically visualize or allude to women as physical objects. Although some cases are more extreme than others, it’s actually much easier than you’d think to fall into this trap. And for women, it’s one of the biggest turn offs to your blog.

A good example of male gaze is using tropes like “picking a girl up from a bar” or “the girl next door.” These are making women into physical objects of consequence while giving them no real substantial value in your writing. Additionally, always avoid using phrases or words that could be offensive to women, such as saying “you hit like a girl” or “that’s girly.” It sounds silly, but a lot of writers get wrapped up in trying to make their point with these phrases, which is not only crass, but is poor writing as well.

Finally, one of the biggest takeaways in trying to attract more women readers is by simply following the golden rule of treat others the way you wanted to be treated. Re-read your work and ask yourself “if the role was reversed, would I be offended?” Of course, that exercise requires that you acknowledge certain societal/patriarchal disadvantages women still face, but the reward will provide a much better sense of empathy. By following these steps, you’ll be attracting more women readers in no-time.