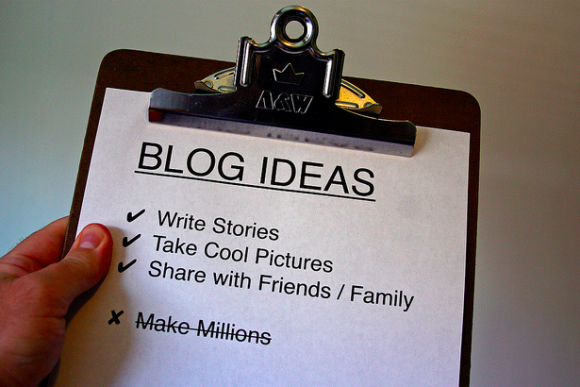 It’s easy to take the nuts and bolts of our communication for granted. We can all talk and read and write, after all. But as soon as we start to put our own ideas out there – making the leap from reader to blogger, or from consumer to persuader – how we communicate starts to matter. Words become tools. To get a grip on what we’re doing with them, we need to dissect the language that we otherwise take for granted.

Marketable messaging: How to stand out from the crowd

Aside from the nitty-gritty of what you are selling, it pays to consider what makes an image chime with a particular piece of writing. You need to learn how to maintain the right tone of voice from one page to the next and from a first introduction to a long-lasting relationship.

Those simple common-sense issues cut right to the heart of what makes a blog (or a website or a sales pitch) hang together effectively. They represent the difference between a recognisable (marketable) entity and something that just takes up space.

The blogging giant Wordpress, which accounts for more blogs than any other provider, has published stats showing that their users produce around 69.8 million new posts and 22.2 billion pages every month. That’s quite a crowd to try and stand out from. At the same time, New Yorker Magazine’s Ian Parker has estimated that over $250 million a day are wasted through poor PowerPoint presentations. There are serious costs that come with making a mess of your messaging.

It starts with plain speaking: Keep it short and crisp

As early as 1997, the linguist Jakob Nielsen argued that the language of the internet was not the same as the language of books or newspapers. Web texts share the same basic ingredients in terms of recognisable English words and phrases (WordPress claim that 71% of the posts they support are in English). In most other respects, what cuts it across the web is writing that mimics how people ordinarily speak. Shorter, crisper sentences and simpler vocab generate more vividly striking ideas.

This is serious enough when your words are sitting there on a page, but when someone is standing up and delivering a badly written script it’s just plain painful. Just like blogs, presentations are all too often sunk by a leaden use of language. Anyone who has ever spent time in a boardroom has seen how disastrous a bad pitch can be. Bad pitches are graveyards for good ideas.

If you think of every sentence as an ad for your proposition, you’ll be on the right lines. Consider all the great slogans you’ve ever come across: Beanz meanz Heinz, Just do it, It’s the real thing… short, sweet and punchy nails it every time.

Authenticity and Sincerity: At the core of good business

As we’ve said, every sentence counts when you’re pitching, but for every sentence to count you need to consider its context. As an example, Hiscox points out on their small business knowledge hub that pitching doesn’t come in a “one-size-fits-all methodology”. Essentially, if you want your words to have an impact, they need to mean something to the audience you’re addressing.

As you’d expect, every context will have its own unique conditions, but according to Hiscox the main variables stay the same. Outlined in the Hiscox tailored guide on the ‘Four Ps of Pitching’, the basic principles any pitch should cover include: People, Price, Principle and Proposition.

Naturally, there’s a lot more to the advice in the guide than just a way with words. For instance, the importance of humour when it comes to connecting with an audience is emphasised throughout. But if, as their pages insist, authenticity and sincerity are at the core of good business, it only ever makes sense to say so directly.

The BBC Academy is another valuable resource that agrees with the principles conveyed in the Hiscox guide. The BBC might be selling news, but the common sense aspect of how to successfully deliver words that work is just the same. Whether you’re blogging about basket weaving or making a presentation in Dragon’s Den, the words you use will have a direct bearing on your bottom line. How many times have you seen the dragons frustrated by someone talking in circles?

White space and silence: Wasted words are for losers

Concise, scannable, and objective was the mantra coined by Jakob Nielsen. It is a mantra that still holds good and is still being pushed 20 years after it was coined. It is the “be all and end all” of everything that works for a public audience.

If you can stop waffling, you will start seeing what all the fuss is about. When it comes to writing for the web, white space is not the enemy – it is actually a powerful tool to highlight what’s important. In the same way, if you’re on your feet and pitching, silence is a tactic you can use.

Here are some common sense measures you can take to ratchet up your effectiveness.

The common sense ideas behind winning people over – whether you’re blogging or pitching – are easy to ignore. If you want to deliver something that’s readable, shareable and marketable, it will always pay not to put excess words in the way.