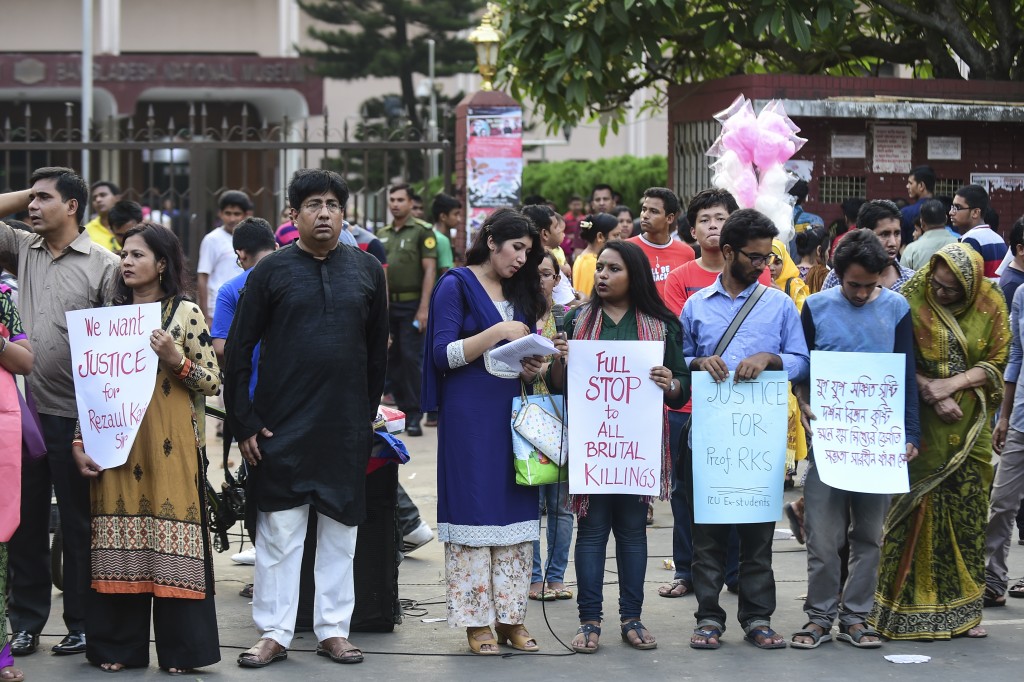 The Internet has become a vehicle for justice and change. With thousands of people blogging about the problems they encounter with society, it is inevitable that some of these people will find themselves in trouble (even killed) for their writings. Some bloggers pay the ultimate price for their content. In fact, many more than you probably think.

In many countries, journalists and bloggers are censored and threatened with punishment for mentioning anything critical of their government or country. However, many still feel a need to publish their concerns and raise awareness. Unfortunately, several of these writers faced death because of this need. Let’s take a look at some recent instances of bloggers who were killed because of their content.

Avijit Roy was a well known atheist and advocator for secularism. On his blog, Free Mind, he was very critical of Islamist hardliners. His writings upset many extremists in the religion, especially those in his home country of Bangladesh. It was in Febraury 2015, when he and his wife visited Bangaladesh for a university event. The couple were walking back from a book fair, when they were ambushed by militants. The couple was attacked and Roy was hacked to death. His wife was also injured in the attack. After killing Roy, the attackers dropped their meat cleavers and disappeared into the crowd.

While it was unclear who was responsible for his death, local police explained to the BBC that they were investigating a local hard-line religious group. The group had posted several praises of the murder online.

Roy’s father spoke out against the crime and hoped the killers would be punished to the full extent of the law.

“This Bangladesh which was built by the blood-sacrifice of the martyrs has now turned into a den of militants,” he said.

While no individual arrests have been made, Roy’s life and work live on.

Roy’s murder was a reminder of yet another blogger’s death, Ahmed Rajib Haider in 2013. Haider was another atheist blogger from Bangladesh.

Similar to Roy, Haider was hacked to death by college students that had been radicalized by Islamic extremists. Fortunately, the two machete-wielding attackers were able to be identified and arrested. They were both sentenced to death in December 2015, two years after Haider’s murder. Authorities explain that Haider became their target after organizing protests against Islamic leaders.

Since these two Bangladeshi bloggers deaths, five other secular bloggers have been murdered in the country. The incidents have garnered attention to the region’s censorship of their citizens and hatred of secular viewpoints.

Yet another story of a blogger’s murder in Bangladesh. This time these activists were not targeted because of their anti-Islamic protests, this time is was because of the sexual preferences. Mannan and Tonoy were both well known support for gay rights. In fact, Mannan was the editor of a popular transgender publication. The couple was attacked and killed by attackers that broke into Mannan’s apartment.

A group associated with Al-Qaeda quickly took responsibility for the killings, despite threats from the country’s prime minister that punishment would be severe. Homosexuality is still illegal in the country. However, many are still open with their decision to live the lifestyle they please and many have paid the price with their life.

In all of the cases, the victims’ families fought for justice. It is important to note that bloggers have been targeted and even killed around the world, even in the United States. While these examples all occurred in Bangladesh, it is important to note that many others instances have taken place globally. Legal experts around the world explain that if a blogger or writer ever feels threatened or if a victim’s family is looking for justice, they should immediately seek help. Also, always practice caution when writing about sensitive topics. It is possible to be passionate about a topic while protecting yourself.