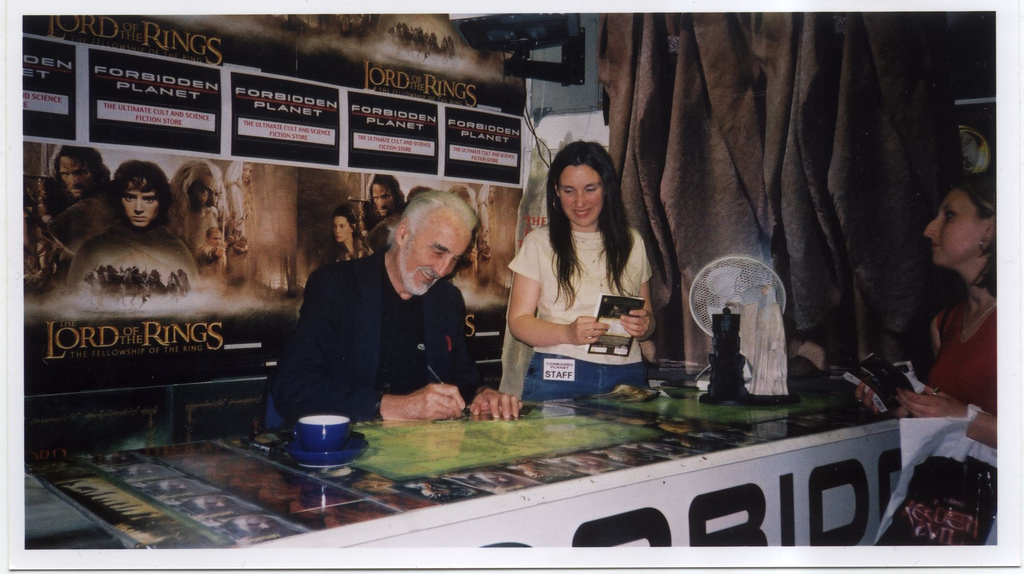 The death of veteran actor (among others) Christopher Lee has been the talk of the town in the last 12 hours or so. The legend has touched so many lives that his passing has not gone unnoticed – quite the opposite in fact.

But what has that got to do with us writers and bloggers? Sure, we could cover the news, but that’s just adding to the echo chamber. Worse, it’s bandwagoning. Everyone knows he’s gone, and we’re all feeling bad about it.

Everyone is paying tribute to Sir Christopher Lee. While we’re not making light of all the coverage – that’s practically all I’ve been reading in the past hours or so – I think there’s another angle here that bloggers can learn from.

The actor has lived a full life – something not a lot of people can say – and there is a lot we can learn from that. And, as it usually is when somebody dies, you get into that thinking mood.

With Sir Christopher Lee’s passing, I thought about how he lived his life, what he did, what he became known for, and how we can learn from all this. Mind you, these learning points don’t apply to bloggers alone, but to life in general.

Being a villain isn’t necessarily bad.

I’m using the word ‘villain’ rather loosely here. Perhaps devil’s advocate is a closer term, but Christopher Lee is known as one of the greatest villains in the world of cinema. He has played so many villainous roles that, if one doesn’t see beyond that, one would think he’s the same in real life. So I use the term villain for this point.

Translated into the blogging world, playing the devil’s advocate is not something to shy away from. In fact, many probloggers have given the advise that being controversial and playing the villain will get people thinking. You’ll have haters, but as long as you’re not doing it for pure spite or attention or traffic, then is that a bad thing? Is it unethical to be a ‘villain blogger’ if you truly believe in what you write about?

Sir Christopher Lee may be recognized as the villain, but in real life, he is one of the kindest, most considerate people there are. He’s not the prima donna that many an actor (of lesser caliber, if I might say so) is these days.

In an interview by the Telegraph back in 2011, he actor revealed a little about himself.

“It means a lot to me,” he says, “because it is a pat on the back from the profession. I shall probably have tears on the night of the ceremony. I’m much softer than people think. I don’t present to the world an emotional face. I’m pretty good at self-control, but I am easily moved.”

Okay, so that’s him talking about himself, but other people validate this man’s character.

The loss of friend #ChristopherLee stings. His work will live forever! Honored to have known him & worked with him. pic.twitter.com/KwjPbVu7De

Lives can be changed through fiction. #ChristopherLee changed us with his examination of power in all its forms. RIP pic.twitter.com/oFEXJhMFp9

However controversial you may be online, always be kind. There is no excuse for rudeness. Whether you’re having a social media discussion with an influencer or some “nobody”, always be courteous.

At the end of your life, wouldn’t you want others to say that you were a kind person?

It’s okay to break the mold.

He could have stayed an actor, with all the accolades he received. He could have been content with adding ‘author’ to his bio.

But no. In his golden years, he delighted us with his heavy metal career. Did you know that he released in first metal album when was in his 90? And he kept at it till the very end!

Who would have thought that this man would break the mold in this manner?

Rolling Stone just published an article which reveals just how out of the box Christopher Lee is. It’s almost as if there was no box for him – he just did what he wanted and got what he wanted out of life.

As writers/bloggers, we can only follow so much of the advice that’s thrown out there. Always remember though, that you have your own brain. Only you know what you really want. Why let formulas and proven strategies box you in?