Some weeks back, the BBC reported that a 75-year-old woman from Georgia managed to disrupt Internet service in the entire country.  She didn’t do so with a DDoS or an LOIC or any other sophisticated hacking tool, but with a plain old saw.  To supplement her pension, the woman scavenges for copper.  The cable didn’t mean a whole lot of difference for her, but it did mean the temporary paralysis of Internet services in Armenia.

Could it happen here?  Of course it can.  All it took to temporarily shut down the Internet for an entire nation was an old woman with a saw.  What more for an earthquake in Taiwan, or a scavenger in Manila, or someone who trips a wire in the United States?

If there’s anything this story could tell us, all the hype and hoopla about “new media revolutions” seem to be so “up there;” out of the reach of the majority of the world’s population who are not yet “wired.”  It’s often grounded on something abstract, like ideas and conversations, when that entire reality is grounded on a very vulnerable network of wires.

The Web is fragile: the terabytes upon terabytes of information we spread, download, and consume on a daily basis can be compromised by things we take for granted.  Or even by forces out of the control of social media.

In 2006, a Magnitude 6.7 earthquake that hit Taiwan managed to break undersea cables and disrupt Internet service in some parts of Asia.  The slowness, or perhaps even temporary termination, of Internet services then cost businesses billions, or perhaps drove a few social networking fans completely out of their minds for lack of access.  This should show us that the networks we’re building electronically are built on very fragile infrastructures.

On the one hand, it poses a challenge to the corporations lording it over the Internet.  The wires that we’re so dependent on aren’t as protected as we would like them to be.  While we’ve mastered the science of making nuclear reactors disaster-proof, the physical wires that keep us wired and connected aren’t.  An earthquake, a storm, or even basic human activities pose bigger threats to the Internet than legislation to control it.

Which begs me to ask, shouldn’t a pathway to true Internet democracy be the future-proofing and disaster-proofing of the literal ties that bind us?  Surely the Internet will always stand on some physical object, like a set of wires or towers or satellites.  If it took an old woman’s saw to paralyze Internet services in Eastern Europe, we as netizens should certainly stand for an advocacy like this.  A demand for better Internet, in many ways, means to demand a more solid infrastructure.

On the other hand, that’s my big beef with this whole “revolutionary” take on social media.  The revolution almost always considers a small fraction of the population.  Not that I’m knocking on its revolutionary impact, but it’s standing on something that can easily be destroyed.  In the case of the Georgia pensioner, she managed to literally hack into the Web.  Not in search for information or intelligence, but in the search for something more concrete like money to buy food.  That’s something that may not be in our immediate experiences, but it certainly is true for people who are not wired, and cannot afford the means to be as wired as we are.

Which begs me to ask: shouldn’t a pathway to true Internet democracy be making the Internet more accessible?  We’re already on the way there with things like the OLPC and more accessible computer education, but it still wouldn’t be enough.  Unless we put value into these physical networks as a venue for people to improve their lives and to free themselves from poverty and a lack of opportunities, then maybe scavengers would think twice about cutting Internet wires in search for salvaged copper to sell.  That is, making these infrastructures as important to them as it is to us.

Indeed many of our ideas about the “new media revolution” are grounded on essentials like free speech, creative licenses, and struggles against state censorship.  Yet these may not hold the same weight and meaning for others.  We’re a long way from that revolution for the moment.  Perhaps until it becomes more meaningful for 75-year-old women in Georgia, at least, it becomes all the more meaningful for the rest of us. 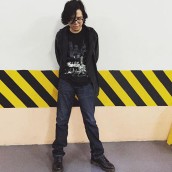 Marck Ronald Rimorin is a digital professional and analyst. Currently writing for the Herald, Marck's personal blog can be found at http://www.marocharim.com