For as long as I’ve been paying attention Chinese internet censorship has always seems to fluctuate around an equilibrium, typically dependent on the social climate.

When there are times of unrest unflattering to China’s global ‘face,’ or even times when there is merely the threat of unrest (i.e. during important anniversaries like the recent 20th anniversary of the Tian’anmen massacre), websites get blocked. When all is relatively well in society, all is well on the internet. October 1st sees a ginormous anniversary approaching in China, this one being the 60th anniversary of the founding of the PRC in 1949.  Events like this usually mean the censors will be getting moody and their ‘block’ finger will be getting itchy. But is there anything left to block? Facebook, check. Youtube, check. Twitter, Blogspot, Tumblr, check check and check. Websites like these that innovate and create new ways of communicating – and more importantly, their Chinese counterparts – find it tough to just exist in China let alone excel.

Of course these sites aren’t heavily used by locals in China, but when the censors start messin’ with stuff like Warcraft then a few more Chinese netizens start to sit up and take notice. Similarly more than a few users took notice when Chinese news websites secretly rolled out requirements for real-name registration for anyone who wants to post comments. These changes will have made some noise, but of course only in a small sphere of Chinese internet geeks. The general population will likely be too busy eating dumplings and igniting ridonkulous amounts of firecrackers to be seriously bothered. So in this respect, the increased levels of censorship is not so significant.

But given the recent escalation of social unrest in China (and the increased media coverage), the censorship equilibrium that I referred to earlier seems to have been pushed to a new norm. This is remarkable by any measure, because it’s always hovered around the same status quo in the past.  It’s gotten to the point where they’ve even started to screw with Google, surely contributing no small part to Kaifu Lee’s decision to jump ship. We waited for Youtube’s reinstatement (so to speak) after it was blocked this past July. But unlike Youtube blocks in past years, this one has yet to be undone.

Having said all this, I don’t think that means that the internet isn’t changing for the better in China. Yes there are some high profile blocks, but in the grand scheme of things many events that would never see the light of day are finding their way out via channels that didn’t exist before. Youtube-like sites such as Youku and Tudou, despite all the restrictions they must operate under, are having a big social impact.

I think the cause for concern lies where the government has the power to flip a switch and shut off the internet and phone service as they did in Xinjiang in July. That’s scary. It’s also pretty unnerving when bloggers like Peter Guo are jailed for blogging touchy topics.

Will the censors flick the switch if proverbial poo hits the fan in Xinjiang once again? Ethnic tensions in that region are not going away anytime soon, and the horrifying syringe attacks are threatening to subvert the PRC’s 60th anniversary party at a times when China wants to show a unified nation’s face to the world.

Whatever China chooses to do during the anniversary, lets just hope that things settle down soon — both in the real world and online. 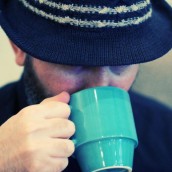 A blogger for CNet Asia about Technology in Japan, and for Inventorspot.com about innovations in China.