It seems this year the technology blogosphere is latching onto “lifestreaming” or “social network aggregation” as a new web service to explore. In plain English, this means pulling in your activity on selected social sites into one website or feed. So instead of checking in on ten different websites to see what people are up to, you can visit just one.

MyBlogLog just launched a similar service, which they call “What’s New with You?”. Your activity on other websites appears on your profile page.

Anyhow, I’ve settled on a personal favorite in this space: FriendFeed. I strongly suggest you check it out. A large number of tech blogosphere notables have signed on, as seen in this list compiled by tech blogger Louis Gray.

The site recently opened up to the public at large. It was developed by some ex-Googlers, and has a fast, clean feel just like Google Reader or GMail. It’s fun to use, rather than a chore.

So how might bloggers use FriendFeed? Well, you can add your blog to the list of sites in your feed, meaning more exposure for your posts. FriendFeed can also keep you abreast what other bloggers are writing about – I’ve noticed some blogger’s posts appearing on the site before Google Reader. And everyone’s personal page exists as – you guessed it – an RSS feed, so you can subscribe to them in a feed reader or conceivably implement on your blog.

See you on FriendFeed! 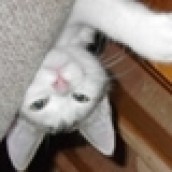