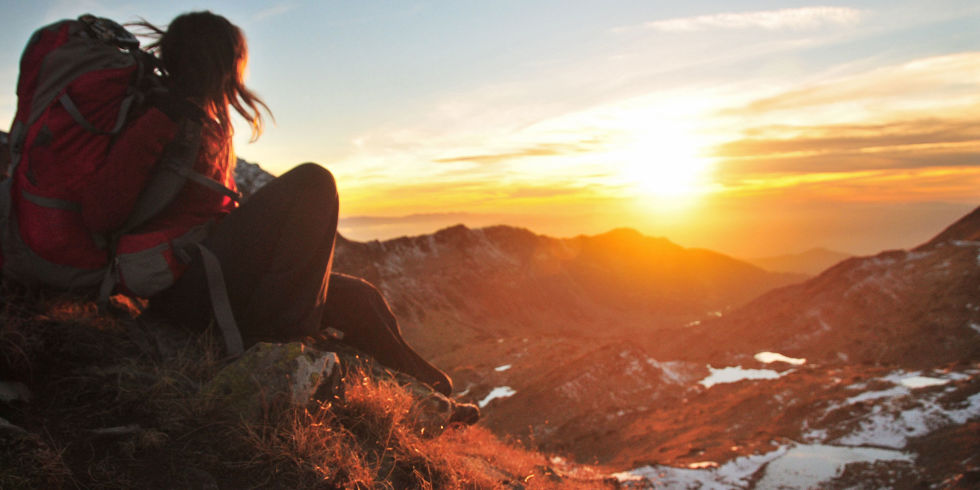 What do Moby Dick, The Hobbit, and The Odyssey have in common? They all rely on a narrative technique called the hero’s journey. It’s a ubiquitous theme across storytelling traditions: a hero must leave behind all that is familiar and safe and venture into the unknown.

It’s easy to see why this theme has been so successful in fiction. But adventures are few and far between in the real world. And that’s where the intrepid journalist comes in. Authors like Hunter S. Thompson, who spent a year traveling the country with the roguish motorcycle gang known as the Hell’s Angels. Or photojournalists like James Foley, who risked it all to cover the ongoing conflict in Syria. Publishers like Vice News have sparked demand for unique, ground-level reporting from dangerous places. Naturally, bloggers and freelance journalists have stepped up to meet this demand. According to NBC News, nearly two-thirds of journalists killed in 2013 were freelancers. Writer Martha White says freelancing in a warzone is “hazardous work, low pay, [and] few benefits.”
But that will do little to change the mind of a blogger who’s thirsty for adventure. If you insist on sticking your neck out for a good story, here’s what you can expect:

The World Isn’t Black and White

Our perception of dangerous places is often more fiction than fact. We see gruesome images of war-torn countries on the news and rarely pause to think about what daily life is actually like there.

Blogger and journalist Miyu Suzuki discovered this for herself when she decided to go couch-surfing through Afghanistan. She writes:

“I used CouchSurfing twice in Afghanistan. YES, CouchSurfing exists even in Afghanistan! Most CouchSurfers are men, but they really did everything for me: they picked me up at the border, they took me for sightseeing by car, they fed me traditional food.”

Doesn’t sound so bad, right? Believe it or not, not everywhere we perceive as dangerous is under constant bombardment from malicious forces. The frontlines of warzones cover relatively small swaths of land, and most people are just trying to get on with their daily lives. In the case of Afghanistan, violence tends to be sporadic and take place in populated areas, but there isn’t necessarily an attack every day.

That doesn’t mean a freelancer shouldn’t be vigilant, however. Journalists caught in the wrong time and place die every single year. Miyu Suzuki again:

“When I was in Mazar-e Sharif, the northern city of Afghanistan, there was a suicide bombing in Samangan, about an hour away. I was planning to take a bus to Kabul, but buses were not allowed to pass due to security concerns.”

There Will Be Blood

After Miyu Suzuki’s bus was turned away, she decided to chart a plane elsewhere. She wasn’t prepared for what she saw:

“For the first time on my journey, I take an airplane. Onboard, there were some victims from the suicide attack lying on back seats of the plane. I don’t know how to express what I felt. The victims were covered in blood. I remember that I turned my eyes away from them. I thought that I was accustomed to seeing bloody people on the news, but after that day, I’m not sure it’s something one could ever get used to.”

People Will Want to Kill You

Unlike The Hobbit, there are no goblins or trolls chasing after freelance journalists. No, you’ll need to be vigilant for something less whimsical—people who’d love nothing more than to put a bullet in your head.

Whether you’re covering a military conflict or simply traveling through hostile territory, the risk of abduction, execution, assassination, or some other kind of bodily harm will be ever-present. And don’t think you’re always safe with the “good guys,” either. Friendly fire kills nearly as many journalists as fire from hostile agents.

And remember: not everybody respects the press. James Foley, the photojournalist mentioned in the first paragraph, was executed live on camera by members of the terrorist organization ISIS.

They wanted to send the message that even the press isn’t safe in the territories they control.

Journalists like Foley provide a valuable service to the world, and they understand the risks involved. Before you set out to do anything, carefully consider if the risk is personally worth it to you. As Martha White said, it’s hazardous work with low pay and few benefits—it isn’t a field for mere thrill seekers or adrenaline junkies. You must have absolute conviction that what you’re doing is for the betterment of the world. That makes it all worth it.