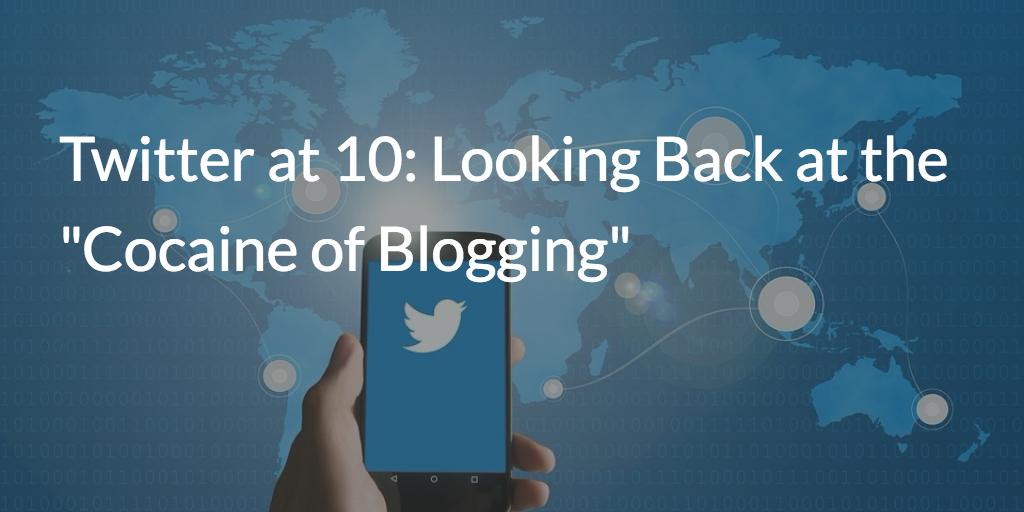 The first twt is forever embedded in our minds, with co-founder Jack Dorsey broadcasting a few words, which is probably akin to “Hello World”.

just setting up my twttr

Who would have thought that 10 years later, Twitter would be a dominant force in our lives – both personal and professional?

Back then, according to TIME’s Lev Grossman, Twitter was considered as the “cocaine of blogging or e-mail, but refined into crack”. Here’s a snippet of the fascinating piece he wrote about Twitter.

One early front runner for the title of the “YouTube of 2007” is a service called Twitter. Twitter enables you to broadcast to the world at large, via the Web or phone or instant message, tiny snippets of personal information: what you’re doing, what you’re about to do, what you just did, what your cat just did and so on. Twitter does the Internet equivalent of splitting the atom. It creates a unit of content even smaller and more trivial than the individual blog entry. Expect the response to be suitably explosive.

There’s something delightfully self-deprecating about that name, Twitter—we’re all just a bunch of happy birdies, tweeting away in our trees!—but it also makes me nervous. It’s like the cocaine of blogging or e-mail but refined into crack. Internet addiction is an old story, but we’re on the tipping point of a new kind of problem that might more broadly be called an addiction to data, in all its many and splendiferous forms.

So, when did you first start using Twitter? How has it impacted your life?

I’ll end with this. You all received the same thank you email from Twitter as I did, so let me ask you this: Did you expect more from the thank you message, or is it reflective of what Twitter stands for?