Rand Fishkin has an interesting prediction in his recent post, 8 Predictions for SEO in 2010. He believes that Twitter will become a part of Google’s ranking algorithm.

His argument is that Google has a history of innovating their algorithm to take account the most relevant link sources. And now it seems that Twitter has become the top place to share links instead of blogs and social news sites.

These days I get more links from Twitter than blogs. Bloggers don’t link out as much as they used to and social news sites have lost influence and popularity. On the other hand, Twitter has reached mainstream popularity – so much so, that it seems like if you don’t have a Twitter account, you’re not in the loop.

For example, the people in my niche are not very internet savvy. They are active on forums but they missed the blog and social news boom. There are only a few active blogs and virtually no activity on social news sites. However, they are active on Twitter and Facebook.

I haven’t updated my Twitter account in a while since Twitter doesn’t send that much traffic and its links are nofollowed. I’ve had better success with traditional link building. But I think I’ll be getting active on Twitter again to prepare for the future. Google can’t ignore tweets much longer. They will have to include them in their algorithm to stay up to date with the way information is shared and cited today.

Think about your own niche. I bet many people have active Twitter accounts including the most influential members.

By the way, Rand doesn’t talk about Facebook but his graphic of the history of link sources has Facebook as a big player too.

Does your niche have an active community in either site?

Do you think the sites will make an impact on SEO? 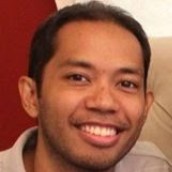