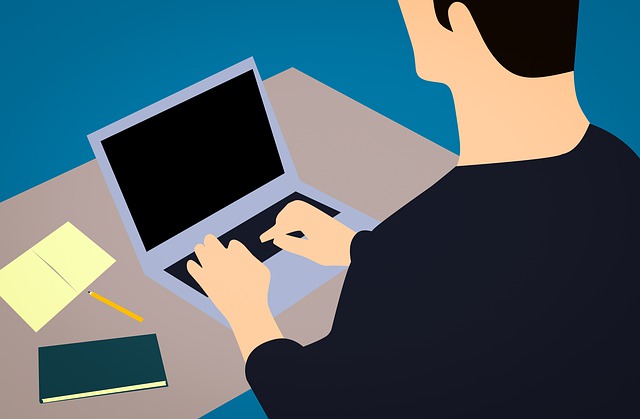 Duncan Riley> Despite having far too many other things to do this year, I promised myself I would try to put down a book and slowly but surely its coming together. No title yet, but it will be a blogging guide of sorts.

I’m not going to post every part of the process here, although if your interested or even better a publisher, please don’t hesitate in contacting me.

What I need some guideance on is the history of blogging. What follows is the first draft of Chapter 3: A Short History of Blogging. My writing style is to write to the end without editing, then go back and add and amend with the reflection of time and space, and this hasn’t had that treatment yet, and will probably be expanded and totally changed before going to press, but for those interested in the subject please enjoy, and for those who may know more of the history than please, please dont hesitate in correcting any errors in the comments of this post.
regards
Duncan.

A Short History of Blogging

The first use of the term weblog in relation to the delivery of content on a website comes from the delivery of a paper titled “Exploiting the World-Wide Web for Electronic Meeting Document Analysis and Management” by G. Raikundalia & M. Rees, two lecturers from Bond University on the Gold Coast, Australia made to a conference on August 14, 1995.

The paper discussed the use of

“a Web browser access to various meeting document information, such as minutes, tabled documents, reports and document indexes. Applications are being developed to take standard electronic meeting log files, postprocess them in a variety of ways, and generate a series of indexes and summary files. These files are formatted in HTML and exploit hyperlinks to the full in order to relate the different types of information.”

Although the paper is aimed at the recording of electronic meetings, the processes described reflect strongly on what blogs evolved into.

Interestingly the term “Weblog” is not featured on the remaining record of the paper, which is now hosted at the Charles Sturt University website, but is featured in its correct context in a Usenet post promoting the papers delivery at Bond posted on August 6, 1995.

Popular use of the term Weblog as we know it today cam from Jorn Barger of the weblog Robot Wisdom (robotwisdom.com) in December 1997.

The origins of modern blogging are often as argued about as what blogging is.

Many point to blogs as websites or webpages that provided links and comments to other pages, and its is from this basis that modern blogs emerged.

Tim Berners-Lee, father of the World Wide Web, first posted a web page in 1992 at CERN that kept a list of all new web sites as they come online.

The National Center for Supercomputing Applications (NCSA) started a What’s New list of sites in June 1993. Notably the site provided entries sorts by date and the What’s New links included commentary. This service was eventually taken over by Netscape in what became on of the more popular web sites of its time.

In January 1994, Justin Hall launches Justin’s Home Page which would later become Links from the Underground. The site included links to and reviews of other sites. Notably on 10 January 1996, Hall commences writing an online journal with dated daily entries, although each daily post is linked by through an index page. Of the journal he writes
“Some days, before I go to bed, I think about my day, and how it meshed with my life, and I write a little about what learned me.”

In February 1996, Dave Winer writes a weblog that chronicles the 24 Hours of Democracy Project.

In April, Winer launches a news page for users of Frontier Software, that goes onto became Scripting News in 1997, one of the oldest weblogs remaining on the net today. The company he heads, Userland goes on to release Radio Userland, one of the first blogging software tools.

After Jorn Barger introduced the term weblog into popular use in December 1997, blogging as we now know it continued to develop.

In November 1998, Cameron Barrett published the first list of blog sites on Camworld.

In early 1999 Peter Merholz coins the term blog after announcing he was going to pronounce web blogs as “wee-blog”, that was then shortened to blog. At this stage, a list maintened by Jesse James Garrett recorded that there were 23 known weblogs in existence.

As blogging started to grow in 1999, the first portal dedicated to listing blogs was launched, Brigitte Eaton launched the Eatonweb Portal. Eaton evaluated all submissions by a simple assessment that the site consist of dated entries, one of the criteria we use to day in identifying a blog.

In May 1999, Scott Rosenberg at Salon.com writes one of the first media articles on the emergence of weblogs and refers to the growing number of “Web Journalists”.

In August 1999, Pyra Labs, today owned by Google, launches the free Blogger blogging service, that for the first time provides an easy set of tools for anyone to set up a blog. Other services launched around the same time include Pitas and Groksoup, neither of which capture the imagination of bloggers in the same way as Blogger did.

Over the following 12 months, blogs explode, new companies and tools enter the market. The rest, as they say, is history.