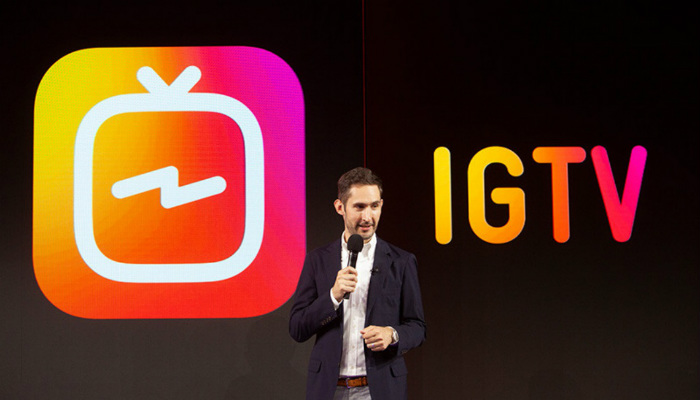 Instagram is one of the most popular social media platforms on the internet right now and its popularity is not only just among the users, but also among the marketers. It is largely used as a photo sharing application by users all across the world. Instagram has provided a golden opportunity for the brands to reach out to a large audience base, which is available under one roof.

Instagram has taken several initiatives over the years, in order to improve its value proposition by adding new features. It is safe to say that it has come a long way from a square-photo sharing hub to a potential YouTube competition. Yes, you read that right!

A new feature has been rolled out by Instagram, that allows its users to post long format videos. Previously, the users were only able to share videos that were capped to 30 seconds in posts and 15 seconds in stories. Instagram has added a new section called Instagram TV or IGTV, that is dedicated solely for sharing long videos just like YouTube, except for the 9:16 vertical format. But what it means for the marketers from the perspective of a branding tool? Right after its launch, the IGTV has been experimented with by several companies like Netflix, Nike, Gucci and Chipotle, who have posted various forms of content exclusive to the platform. It has been also found that some of the brands are repurposing the contents for Instagram Stories or YouTube. IGTV has proved to be a potential tool for branding activities. Several famous YouTubers like MKBHD have expressed high hopes for the new platform. Even though the monetization policies are unclear at this point, but it can be stated that IGTV will take in to account the interests of all the stakeholders including the content creators.

Based on the current state of social media platforms, it should be highlighted that the “influencers” has a major role to play behind the success of the platforms. YouTube has always been the primary platform for them to share contents for the viewers, which in turn plays a significant role in increasing the overall viewership of the platform thereby improving the revenue generation for the company. Thus, the influencers and their contents have a major role to play behind the relevance of social media platforms like YouTube. Instagram’s approaches to ride the rising wave of video sharing. YouTube has currently become the video sharing juggernaut with a staggering 1.5 billion users across the globe. IGTV may not be a direct competition against YouTube, but it definitely has the potential to grab a fair share of revenue from the rising trend of video content creation and sharing.

As a branding tool, the IGTV can be used by companies to improve their brand exposure. Instagram is already filled with well-established internet celebrities who have a large number of followers. The marketers can collaborate with these Instagram influencers to create more new content on IGTV. Even though IGTV is a native app, but it acts as an extension of the existing Instagram accounts. Therefore, the marketers will not have to rely on it to get matured with time. The long form videos can be used to instantly reach out to a large number of already subscribed users.

Some may argue that IGTV is merely trying to take a piece of cake from YouTube without any originality. In that context, it can be stated that IGTV accepts only the vertical format of videos that are designed for mobile phone viewing. This compels the content creators to design exclusive videos for this platform. Even though video sharing platforms are nothing new, the popularity of YouTube relies on the incentives offered to each stakeholder. The content creators can monetize their work. The viewers get new and good quality contents from their favorite internet celebrity. The marketers get access to a large audience base to target their advertisements and YouTube can make revenue from those advertisements. IGTV promises to follow the same path, where the interest of the content creators is prioritized. This, as a result, can make it a really attractive platform for content creators to post new videos, which will eventually attract new audiences. Thus, in order to use IGTV as a branding tool, the marketers should focus on the importance of the content creators, especially the influencers. Influencer marketing has become quite popular over the years, owing to the positive influence on the buying behavior of the consumers. This trend can be effectively leveraged by brands who can collaborate with various content creators and reach out to their targeted audience. One must not think that IGTV will open up a completely new way of digital marketing. But, it will definitely increase the brand exposure for the companies.

The future of IGTV as a marketing tool remains to seen. Until then companies will definitely try their best to leverage this new platform for their brand promotion.

Peter Lewis is a freelance blogger who focuses on various areas such as e-commerce, content marketing, technology, and internet security.