The nomination phase for the 2007 Bloggies is complete and you can check the list of finalists on the Bloggies website.

The contest is now open for public voting to choose the winners. All you require is a valid email address to cast your vote for The 2007 Bloggies. The email address would be verified and if you attempt to submit a second ballot, your first one will be replaced.

Back here in India, the much popular Indian Weblog Awards called the IndiBloggies is now accepting nominations via del.icio.us tags.

While everyone is allowed to vote, the contest accepts blogs only from India.

According to organizer Debashish, nominations will be accepted until February 2, 2007. The short-listed blogs will then be open for public voting and the winners will be announced on Feb 22, 2007.

Do exercise your right to vote.

Update: The results for Indibloggies 2006 are now available. Indiblog of the year 2006 is awarded to greatbong.net. 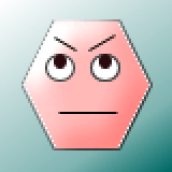