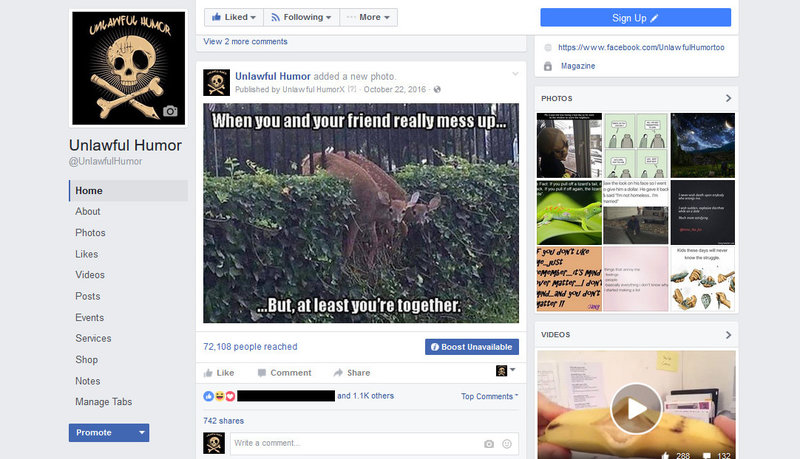 The world is starting to realize that Facebook is much more than an entertainment source. This social media giant has become pretty powerful. In fact, some rely on the site for their wellbeing. So, what happens when Facebook decides whether to build or destroy your career?

NPR’s All Things Considered recently did an investigative piece on the power of this social media giant. Their interviews with entrepreneurs that rely on Facebook revolved around the fact that so much livelihood is tied up in the website.

One man, Tim Lawler, has built a 6 figure income on creating successful Facebook pages and sharing clever memes and viral content. With almost 6 million likes, it is obvious that Lawler has a very successful career. You can hear his full story on NPR’s website.

Lawler has harnessed the power of affiliate links, a standard practice among businesses. He will simple share a link and receive a tiny bit of compensation each time someone clicks on it. Once celebrities started sharing his content, he quickly saw his profits skyrocket.

Then, it all came crashing down. Lawler and several other career Facebook page owners were shut down. They reported getting simple notifications that said ‘This page has been unpublished.’

NPR reports on Facebook’s reasoning for this unannounced action.

They’d violated Facebook’s Terms of Service and their pages are not allowed to operate. The notices did not state what the person did wrong exactly, what the offending posts were, or whether there was a way to rectify the situation (to get the page back).

Some argue that Facebook doesn’t owe anything to the users that found their pages unavailable. After all, the social media site is free to use. However, Lawler argues he paid thousands of dollars to advertise and promote his posts. After working hard to track down his person of contact for advertising on Facebook, his messages and emails went ignored.

No one told Lawler that back in 2016, Facebook created a rule stating that page owners needed special permission before posting advertisements. Lawler had no idea and Facebook continued to accept his payments without warning.

So, NPR began to question why Facebook is creating these roadblocks and in a way abusing their power they hold over many people’s career and wellbeing. Meanwhile, Facebook’s CEO, Mark Zuckerberg is traveling the country to talk to these entrepreneurial users about their concerns.

It will be interesting to see how Facebook addresses this issue as time goes on. In the mean time, NPR has created a Facebook page for people to voice their concerns about the social media giant.

Has Facebook ever affected your career or wellbeing? Do you use the social media site as a way to further your entrepreneurial ventures?