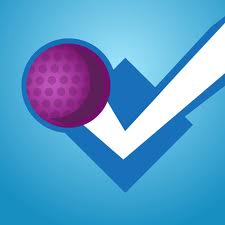 While Foursquare has never quite had the hold on most social users daily routines as Facebook, Twitter and other social networks, it is the largest location based service in the world and on Monday the company celebrated that fact by announcing 20 million users and more than 2 billion check-ins.

The New York-based company held its 3rd annual 4sqDay on Monday (number four squared based on the date) and in honor of that day anyone who checked in anywhere received a 4sqDay badge.

Here is the concept behind the day as declared by Foursquare:

In 2010, foursquare fans declared April 16 4sqDay (4/4^2 – nerds after our own heart!). Two years and two billion check-ins later, you’re still why we get out of bed each day. Thanks to all 20 million of you for making us part of your lives. Happy 4sqDay!

The 20 million user mark is a huge jump from the company’s February numbers of just 15 million users and 1.5 billion check-ins. The increase in users was likely the result of the company’s announcement on March 16 that it had integrated with Facebook Timeline, making check-ins easier to share.

Foursquare is preparing to celebrate with parties planned in New York, London, and San Francisco.

Here’s a video talking about 4sqday and the company’s recent accomplishments: