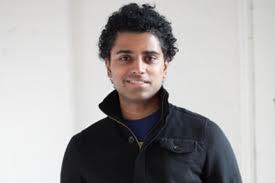 Three years ago Naveen Selvadurai and Dennis Crowley launched the location based service Foursquare with 100 beta testers in New York City and now with more than 15 million users and over 1.5 billion check-ins Naveen has announced his plans to leave the company.

With more than 100 employees now helping build out the Foursquare service along with 750,000 businesses being served on the merchant program it might surprise you to learn that Naveen is stepping down, however after Spark Capital purchase $50 million in employee stock last month some experts believed it wasn’t a matter of “if” but “when” Selvadurai would depart.

Confirming his department Selvadurai confirmed in a blog post on Monday that he would leave at the end of the month but stay with the company as a member on its board of advisers.

“After three years, I feel I’ve done all I can do and I’m moving on,” wrote Selvadurai. “[Co-founder Dennis Crowley] and I have been discussing timing for a while, and we decided that now, on this anniversary, it feels right to begin the transition.”

Selvadurai will finished up a few  “final projects” before he departs and he ends with this message:

“But spring is time for things that are new and I realize that I have a desire to do something new as well. I’m not sure about my exact next steps, but I’ll probably get back to what I love most – being an entrepreneur, learning and building new things.”

Are you surprised by Naveen’s departure from Foursquare?