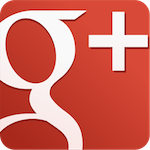 The Google+ App for iPhone was updated on Thursday and with its upgrade comes larger profile images, easier photo and video browsing and new visual cues that makes looking for options far more simplistic.

In a blog post Google says the app has been upgrade to “focus on the most personal of personal computers: your mobile phone.”

On the visual side the program now allows users to see photos, articles or text in a new visually stimulating manner, while new crisp fonts, larger profile pics and a nicer homescreen have been added.
The company hopes that its new layout will allow users to distinguish between Google+ and other apps that are not quite as “crisp” in design. ogle also said of the layout “We’re making the stream easier to scan, and easier on the eyes with overlays, gradients and other visual elements.”

Along with its visual updates Google also has some functional upgrades:

Check out the original Google+ blog post here or just update the app on your iPhone and get started with the upgrades right away.