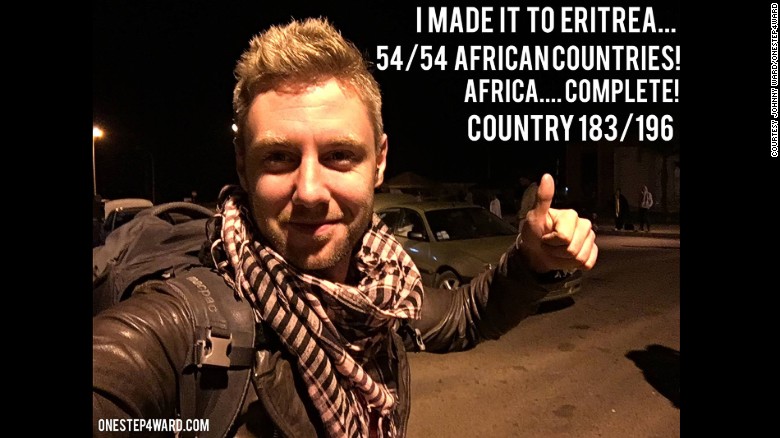 There are many bloggers out there, but very few can say they have earned millions by being a blogger alone. Johnny Ward, the “million dollar blogger” is part of the elite few that is enjoying a lucrative living from his website. The 29-year-old is the founder of OneStep4ward, a popular travel blog. Ward belongs to a handful of travel bloggers that are currently making six figures for sharing their passion for traveling the world.

Right now he is currently on the quest to visit every country in the world. Each trip is chronicled on his blog, which he calls “his passion.” It’s a pretty sweet gig. While most of us would only dream of achieving this, Ward says it is something anyone can do.

“If I can do this, anyone can do it,” he says via Skype from a stylish two-bed apartment in Bangkok that he bought outright with his earnings. “It just takes a bit of belief.”

In fact, Ward is surprised that his success has only gone viral due to the amount of money he makes.

“I’ve been extolling the virtues of chasing your dreams and living the free life that you want to live and not signing up to the nine to five slog for years, you know. So it’s a bit disappointing that only when I mention the money does it go viral,” Ward says. “I understand it — money is important and I’m grateful for all the attention. But it’s a little sad too.”

Of course, it is extremely rare to earn so much money blogging, but it is possible. It simply takes passion and drive. For Ward, it all started with one ad.

“Eventually I was making upwards of five figures a month, with the best month being $60,000. That was amazing. And so I worked out that averaging about $30,000 a month, over three years I made about $1 million. It’s all totally accurate and real.”