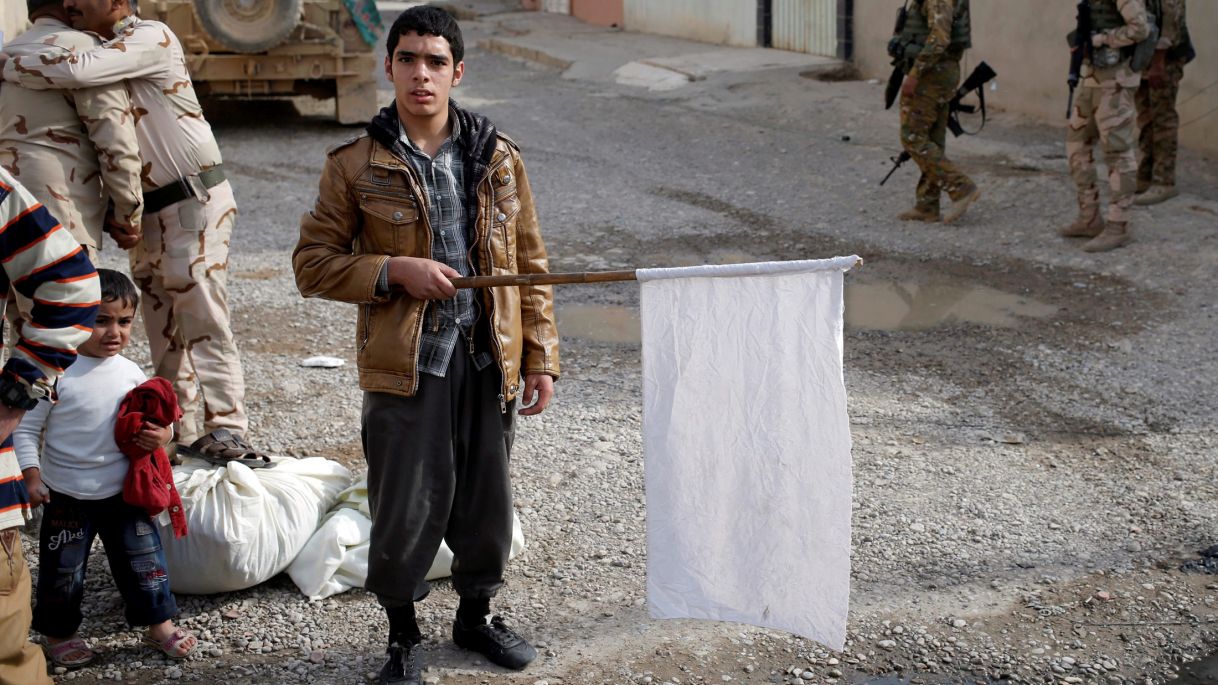 The blogger documents how the residents of Mosul suffer in their daily life as they live in ISIS-controlled territory.


The anonymous Iraqi blogger shares the horrific events unfolding on a blog entitled the ‘Mosul Eye.’ He writes of the terror the citizens of Mosul experience everyday at the hands of the defiant ISIS fighters. His writing is gripping and sometimes tear-jerking.

“People are living this huge dilemma, and everyone’s eyes are on the bridges whith [sic] huge question in mind: what if the bridges are taken down, and we didn’t cross over to the othet side? How would we traverse? Shall we stay? Shall we move out??” the blogger questions in a November 7th post.

The writer has become a voice for the more than 1.5 million people still living in Mosul. The anonymous blogger writes about how people are stranded in their homes while water and electricity are cut off for weeks at a time.

Haaretz reported in depth on the issues facing these people, such as those that are unable to receive government aid because their birth certificate and other legal papers have been destroyed.

All of these intense hardships are addressed by the Mosul Eye with a post publishing every couple of days.

The stories the writer shares as “ordinary life” stories that would terrify anyone in the free world. One specific entry mentions the witness of his best friend’s death.

“I saw a video where children were dragging along the ground ISIL dead corpses. I cried just for seeing this hideous scene … Two years of training on savagery and brutality, and I am scared to death of what might unfold during the liberation. People who act with such cruelty and barbarity open the door to upcoming and deep problems in the future. There are hundreds of thousands of children who might have turned into future monsters. ISIL has deformed their minds … Today they killed one of my closest friends. They decapitated his head. They ended his life in a blink of an eye. I have always loved his brain. Oh! How much that brain had argued with me! I just wish I can keep his head at least. I don’t know where his body now, nor his head. May be he still hears, learns, and goes on in discussions! I wonder with who he’s talking to now! … Who will I lose next?”