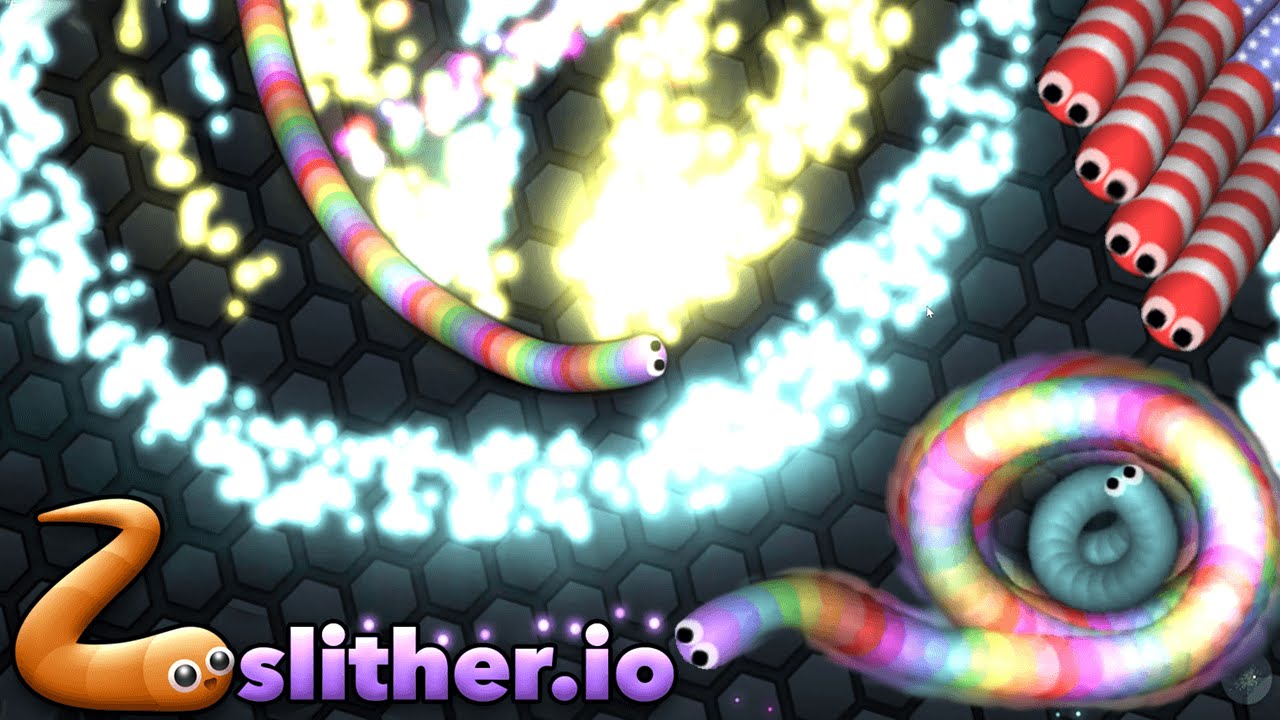 Snake is a classic game that many remember playing at one point in their life. The concept is easy. Carefully maneuver the snake around the screen while gobbling up randomly appearing dots. As the snake consumes more dots, it grows longer, making it difficult to navigate without colliding with itself. Despite the simple idea, the game was a instant hit and is remembered as a classic. In fact, in a time before smartphones, having Snake on your phone was a big deal.

The classic game has been reinvented with the introduction of Slither.io on Poki.com. The free online game takes the simple concept of Snake and adds in multiplayers, trippy effects and competitive leaderboards. During an online Slither.io game session, the user moves their snake around the screen to devour glowing neon orbs. Adding a competitive spin on the game, players try to eat other user’s snakes by forcing them to collide into them. Using the cursor as a guide, snakes can get a speed boost by holding down the mouse and develop a strategy for eliminating other players. Each time a snake meets its ultimate demise, it leaves behind a large glowing trail of life-giving orbs for any other snake brave enough to partake.

The competition of the simple game seems to be a main draw for players. The top-scoring users are given coveted spots on the game’s leaderboards. The top player is given the opportunity to write a message for all players to see. After the game is ongoing, the leaders are constantly changing and there is always a battle to stay on top.

With such a clever twist on a classic, Slither.io’s developers say there are many ways to play, whether you choose to play the offense, defense or creep in the shadows.

“On the offensive front, snakes can try to block each other’s paths and cause other reptiles to collide. Just like a hungry boa constrictor, an aggressive gamer might encircle and trap another player. If the prey gets caught, the aggressor can eat its trail of glowing remains, and the offensive move pays off in spades. But, every attack is risky. Defensive players might look to outmaneuver an approaching snake and trick the attacker into crashing itself. When this happens, the defensive player is rewarded just as handsomely, with a bright pile of glowing food. Risk-averse gamers also tend to stay alive longer, if they can manage to stay away from the most congested parts of the arena.”

Slither.io is the type of game you try out just to see what the fuss is all about and then hours later realize you are hopelessly addicted. Just ask the hundreds of members of the gaming community that have blogged, tweeted and shared about the online multiplayer game.

Google Trends has shown a massive jump in users searching for the game, which means Slither.io’s popularity is thanks to word of mouth. While many gamers are sharing Poki’s links because they genuinely find it fun, the game developers offer an attractive reward for sharing the game with your social media fans.

Once a player has shared a link to the game, they are given the opportunity to customize their snake. From patterns and colors to country flags and designs, a number of customizable skins are made available. Being able to customize your player gives people a sense of attachment to the game.

Many top gamers have reviewed Poki’s Slither.io and have given it rave reviews. Many are even finding themselves strangely addicted.

One of these reviews from Gamer Bolt explains that part of the game’s charm comes from its lack of a price tag and ease of play.

“These smaller games are usually free to play and don’t come with a large price tag as you get from retail based alternatives,” the reviewer writes. “The beauty of arcade styled games is that they are easy to understand and are primarily designed for fun.“

The impressive graphics, customizable skins and the competitive environment also make Slither.io an attractive option for a gamer looking to kill some time. Not only has Poki done a fantastic job on recreating a classic, it has also discover how to appeal to users and become a viral gaming hit.