You’re probably sitting there after a long day scrolling through Twitter and Google+ hashtags and stories announcing some of the key items this year’s CES show. Your eyes are either on fire from staring at the screen too long or you can’t focus anymore because there’s just too much cool stuff. Yeah, we feel the same way! So let’s get to the good stuff right away and announce what we think are this year’s CES stunners.

The Sony Xperia Z, Alcatel ?One Touch Idol Ultra (who names these things?) and Samsung flexible display named “Youm” were all unveiled this year. In particular, the much-awaited flexible display Samsung put forth at the Keynote was jaw-dropping.

There’s been a lot of hype and rumors since last year’s CES, when the rumors first started about the mega-corp was developing cool 21st century that would save us from cracked screens. At the time, Apple was still taking a lot of heat for its screens being too fragile, so this was perfect timing on Sammy’s part. Fast forward to this week’s CES and we now have a working prototype, in which it has been said a new ecosystem can be created from this concept device. The video below shows us more on this amazing new tech development!

Onwards to the real fireworks, and the newest titleholder of “world’s slimmest smartphone”. Alcatel outdid themselves at the show and may be one to watch in the future. So how thin is this device? Alcatel’s official measurements put the One Touch Idol Ultra at a paltry 6.45mm! This is definitely poking into Samsung’s flexible OLED display territory. As far as specs are concerned on this bad boy, it sports?a 1.2 GHz dual-core CPU, a?4.7-inch 720p AMOLED display, the standard 1 GB of RAM and an 8.0 MP rear camera.

Last but not least, is the dust and water-resistant smartphone aptly put into the ongoing Xperia series. The durable display on its?slim 7.9?mm body holds its dual superpowers discreetly. ?The full HD 5? 1080 x 1920p “Reality Display” is really the stunner on this handheld wonder, but let’s be honest: most people will go right out and dump it in their toilet to test out its water resistance level. Sony lists these at IP55 and IP57, respectively. Rounding out the specs, ?a Snapdragon S4 Pro quad-core CPU, a 13 megapixel camera and of course, screaming fast 4G LTE make this a solidly built smartphone.

You wouldn’t expect to talk about cars but it is CES after all, and it’s not limited to mobile tech and computing. This year we saw Volvo, Toyota, and Audi put their best foot forward. And best foot it was! I think they may have put both forward in order to make a giant leap into the future of how we visualize and implement our vehicles into daily life.

First up is Volvo and their “inlaid iPad” dubbed Sensus Connected Touch. While many have scoffed at the idea of having a touchscreen in their vehicle (it’s nothing new, people have been modding their vehicles for quite some time), the concept displayed by Volvo is (sorry, Transformers franchise) more than meets the eye. The following video shows more info, and pay close attention to all the bells and whistles that can be found in this highly-connected piece of equipment!

Remember that cool scene in the last Terminator movie when the motorcycles were chasing after Christian Bale? Well, now that’s a reality and it’s being brought to you by none other than Toyota. The company has done its absolute best to wipe the slate clean between them and consumers since their disastrous brake scandal. But let’s do away with that morbid news and get to the meat.

On much the same news, comes Audi with their autonomous research facility’s beautiful piece of road art. Something to note with this story is that?Nevada granted Audi the first automaker permit and thus, has allowed them to operate autonomous vehicles on public roads! Move over Jetsons! 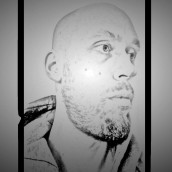 Nathan is a nomadic writer who engages the intersections of technology, culture, and travel with zeal and fresh perspective. He can be followed at @truthaday.