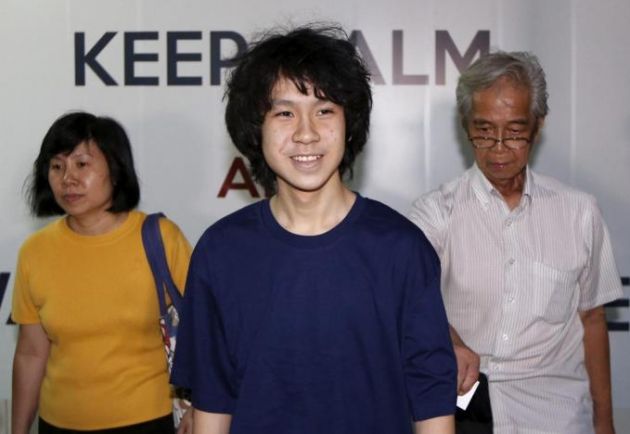 One Singapore blogger is bringing the topic of free speech in the country into the international spotlight. Amos Yee is known in the country as a controversial teenage blogger and has once again found himself in legal trouble for his posts.


Amos Yee has been sentenced to jail for social media posts that were considered controversial statements about Christianity. According to CNN, Yee was found guilty of eight charges, “six relate to “wounding religious feeling” and two are for his failure to turn up at a police station when summoned.”

Court documents detail what the 17-year-old was found guilty of.

“He has, on several occasions, deliberately elected to do harm by using offensive and insulting words and profane gestures to hurt the feelings of Christians and Muslims,” wrote principal district judge Ong Hian Sun in court documents obtained by CNN. Yee will now serve six weeks in prison and pay a hefty fine. The teenage blogger spoke out about his sentence to CNN and explained that he believed he received a fair punishment and promised that he would never break the law again.

“I think that if I do continue to make critical social media posts I’ll post things that aren’t illegal,” Yee, told CNN. “I think that will be possible.”

This isn’t the first time that Yee has found himself on the wrong side of the law. Back in 2015, he posted a YouTube video where he criticized Singapore’s first Prime Minister, Lee Kuan Yew. He was held in custody for 53 days after the video became public.

Yee will begin serving his sentence on October 13. His case has shed an international spotlight on the state of free speech in Singapore. In fact, a United Nations human rights expert spoke on the issue saying that this sends the wrong message to the young people in the country.

“The criminalization of a broad range of legitimate, even if offensive forms of expression is not the right tool for any State to pursue legitimate aims such as tolerance and the rights of others,” David Kaye, the UN Special Rapporteur on freedom of opinion and expression, said in a news release.