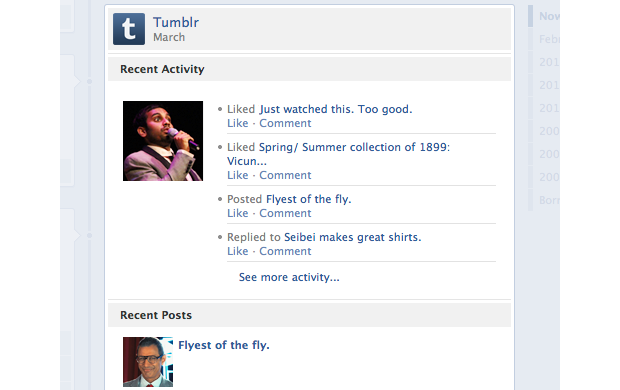 Users can find the new options in the blog settings administrator area. If you have already connected Facebook to your blog you’ll be prompted to upgrade in order to receive the new features.

As should be expected the integration is completely optional so users are not forced to open up their posts to Facebook.

In the meantime Tumblr is hoping users will auto share their posts as a means to grab more traffic through social media sharing. The more content that is shared the better off Tumblr will be.

With Tumblr recently surpassing 20 billion posts and 50 million blogs we can likely expect to see many more shares from our friends without cluttering Facebook pages with auto-updates.