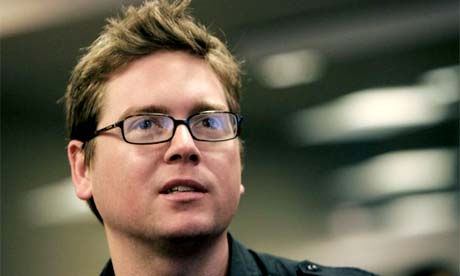 Heavy Twitter users should walk away from their computers and other mobile devices and stop staring at tweets all day because it’s bad for you. That was essentially the message delivered by Twitter co-founder Christopher Isaac “Biz” Stone on Wednesday.

It’s not the eye strain, neck strain or other physical ailments that Biz Stone is worried about but rather the fact that people will waste their entire day constantly reading tweets.

Speaking to a business-based audience in Montreal Stone says he initially believed that Twitter would be used as a fun platform for sharing interesting articles and news about a persons day, instead it ended up turning into a social change vehicle such as the so-called Arab spring uprising which brought about pro-democracy movements in the Middle East.

Moving away from his platform he also urged business owners to encourage their employees, even if some of their ideas lead to failure since that’s part of doing business.

With Twitter unofficially reaching 500 million users on Wednesday there are a lot of people staring at a lot of Tweets on a daily basis and creating a “time suck” is likely what Twitter has accomplished.

Do you think too many people are waste far too much time on the social network?